Continuing Christian hope is essential in the current unstable climate of the Middle East, His Beatitude Mar Gewargis Sliwa, Metropolitan of Iraq and Russia for the Holy Apostolic Catholic Assyrian Church of the East has stressed during a World Council of Churches (WCC) meeting on violence against Christians.

The meeting, held in Geneva during the WCC fellowship from 8-24 February, included several key leaders of the Christian churches in Iraq, international church leaders, and members of the WCC Central Committee.

“The only hope is to bring back hope,” said His Beatitude Mar Gewargis, as reported on Independent Catholic News.

“Despite the difficulties we are still hopeful because we are Christians and we love our country.”

While acknowledging that “the urgency now is for those who still live in Iraq,” His Beatitude added that his hope is for people who have left to one day return.

Security was the most urgent need for Middle Eastern communities surrounded by continuing violence, but there also remained the need for “investigating the real reasons” behind the violence that is being perpetrated against all residents, both Christian and non-Christian.

His Beatitude said there was a need to “work to empower the role of the state” to secure rights and the security of the people, no matter their religion and ethnicity.

”Once back to normal life,” he said, “they will be able to implement development projects and provide investment.”

The Iraqi delegation also addressed the growing refugee problem, which has occurred as a result of the absence of a secure environment within Iraq.

The meeting put the Iraqi church leaders in direct contact with representatives from more than 150 churches, with which they hoped to share their story and encourage churches around the world to push their governments to “work to empower the role of the state to secure rights for all no matter their religious and ethnic background and according to the constitution.”

The WCC Central Committee members stated their commitment to help overcome the difficulties faced by local communities, and expressed their concern and support for all Iraqis.

”Christians in Iraq represent one of the most ancient and durable communities in the world,” said Rev. Dr Olav Fykse Tveit, WCC general secretary. “Along with all Iraqis they are being severely stressed and threatened in present circumstances, so we are anxious to express our ecumenical solidarity with the women and men there and to work with churches and others to address their plight.” 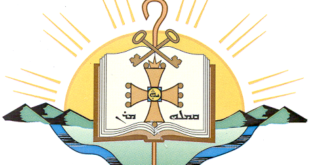 Patriarchal Epistle on the Holy Feast of the Nativity 2020