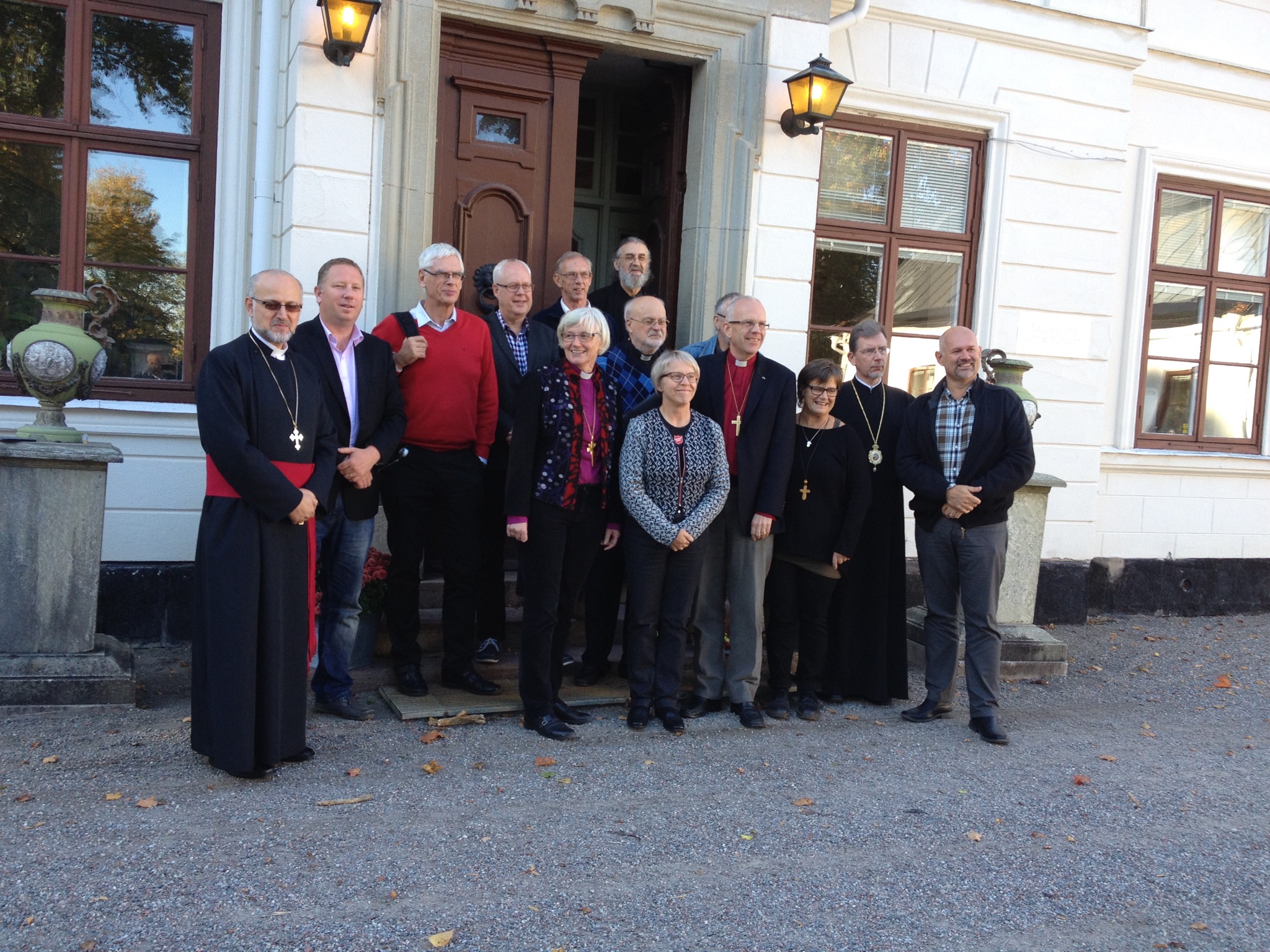 His Grace Mar Odisho Oraham, Bishop of Europe, attended a heads of churches meeting in the Swedish capital Stockholm on 29 and 30 September 2014.

As part of the meeting agenda several topics were discussed including relations between Swedish churches and the current situation of Christians in the Middle East with particular regard to their persecution and displacement.

His Grace provided the delegates with copies of His Holiness Mar Dinkha IV’s two letters to the United Nations and European Union explaining the tragedy facing Assyrian and other Christian groups in the Middle East and the systematic human rights abuses perpetrated against them.

It is noteworthy that the Assyrian Church of the East is a member church of the Christian Council of Sweden, an ecumenical group of 26 member churches founded in 1992. The Swedish Ecumenical Council is the predecessor of the current body and was formed in 1932.