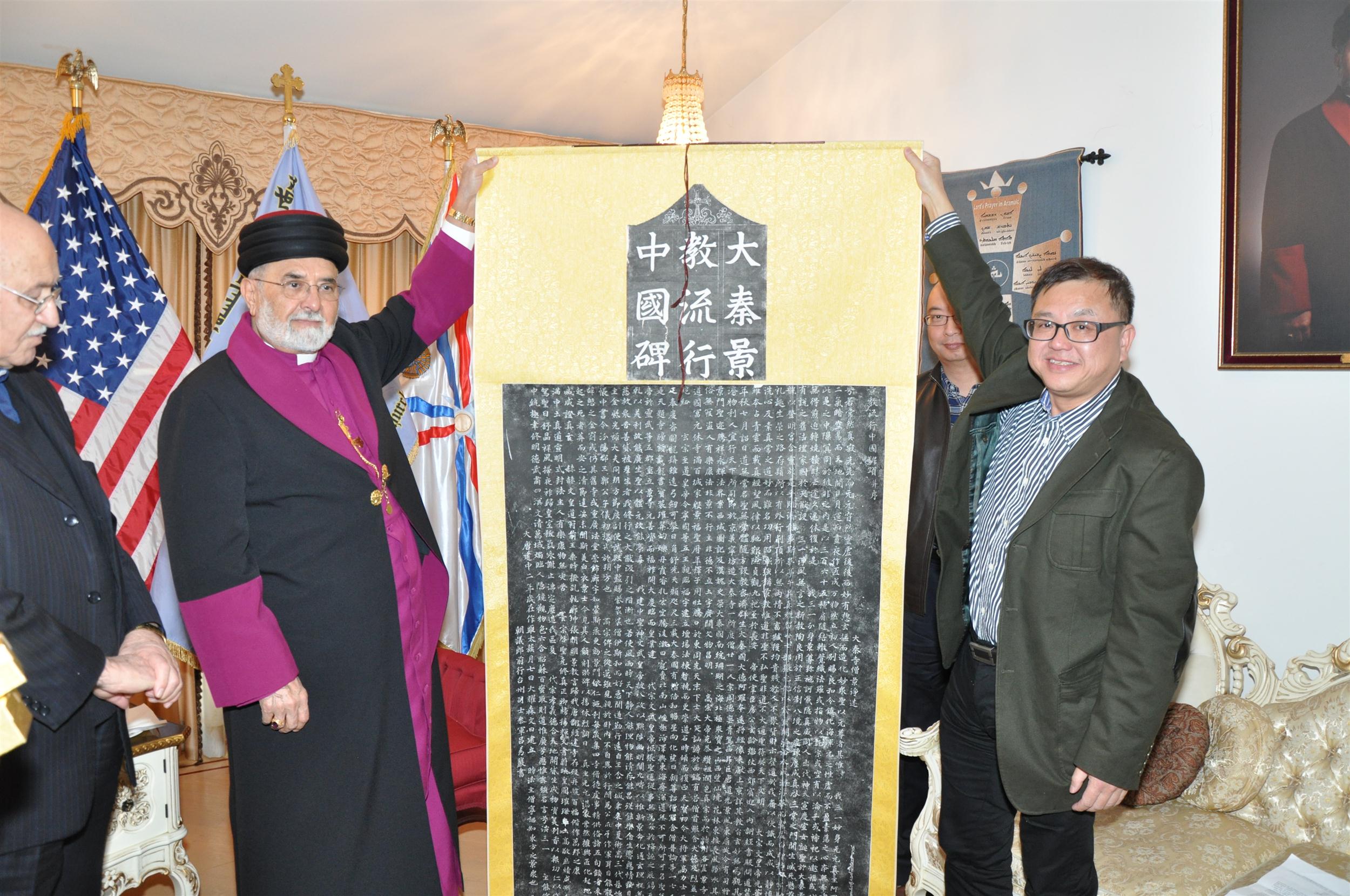 His Holiness Mar Dinkha IV, Catholicos Patriarch of the Assyrian Church of the East has warmly welcomed visiting Chinese scholars to the Chicago Patriarchate.

Meeting with the Catholicos Patriarch on Tuesday 29 November 2011 were: Professor Sun Xiangchen, the Dean of the Faculty of Philosophy at Fudan University in Shanghai, along with Daniel H. N. Yeung, Director of the Institute for Sino-Christian Studies in Hong Kong.

The meeting, lasting one-and-a-half hours, included an in-depth discussion on the history of Christianity in China and particularly the missionary roots of the Assyrian Church of the East, whose missionaries were the first Christians to evangelise China in the early 7th century.

Prof. Xiangchen and Mr. Yeung used the opportunity to request that important texts relating to the Assyrian Church of the East be translated not only into modern Syriac but also into English from which translations to Chinese may be produced. The scholars noted the deep interest in the history, theology, tradition and philosophy of the Assyrian Church of the East amongst scholars and other individuals in China.

The scholars went on to request that His Holiness endeavor to delegate academics and experts on the Assyrian Church of the East to visit China and present lectures on all aspects of the church to students currently studying in the fields of history, theology and Christian studies.

At the conclusion of the meeting, Prof. Xiangchen and Mr. Yeung presented a number of gifts to His Holiness including a rendering of the famous Nestorian Stele erected in 781 in X’ian and rediscovered in 1625. The original limestone block contains text in both Syriac and Chinese and describes the presence of Christian communities in several Northern Chinese cities in the 7th and 8th centuries.

It is noteworthy that in late 2010 His Grace Mar Awa Royel, Bishop of California and Secretary of the Holy Synod, paid a historic visit to Hong Kong where he met with scholars, gave a number of lectures in institutes of higher education and consecrated the Eucharistic Liturgy for the first time in over 600 years. This visit was met with great enthusiasm and has led to expanded interest in the history of the Assyrian Church of the East in China.