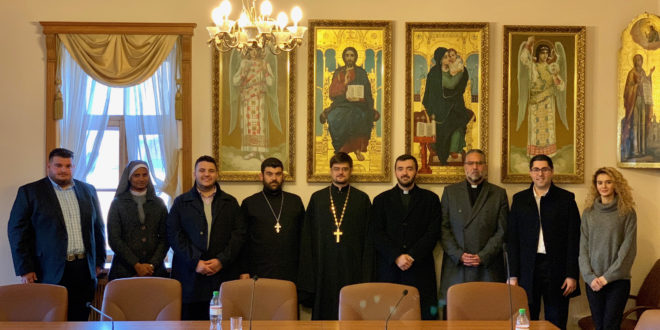 Between October 5-11, 2018, an official delegation from the Assyrian Church of the East visited Moscow, Russia to participate in a Summer Institute programme organized by the Moscow Patriarchate’s Saints Cyril and Methodius Theological Institute of Postgraduate Studies.

The 8-member delegation visited Moscow at the invitation of the Russian Orthodox Church, Holy Synod, Department for External Church Relations and by the Apostolic blessing of His Holiness Mar Gewargis III Sliwa Catholicos-Patriarch of the Assyrian Church of the East.  Assyrian delegates from Iraq, India, the United States, Sweden and Australia reflected a number of key backgrounds including ordained serving clergy, theological students, educators, youth ministry workers, parish administrators and charitable workers.

The existing Bilateral Dialogue between the Russian Orthodox Church and the Assyrian Church of the East was first established during a meeting between His Holiness the Patriarch of Moscow and all Russia Kirill and His Holiness Catholicos-Patriarch Mar Dinkha IV, of thrice-blessed memory, on 28 May 2014.

The Commission had earlier agreed on the exchange of students and mutual participation in theological studies between the Russian Orthodox Church and the Assyrian Church of the East with students, scholars and experts from the two communities to collaborate and share their respective traditions with each other. The hosting of the Summer Institute marked the fulfillment of this earlier agreement.

Of particular note were visits to The Trinity Lavra of St Sergius (Sergiyev Posad), the Museum of the Very Reverend Alexander Men, the Mount Athos Metochion, St Daniel of Moscow Monastery, and the Butovo Church of New Martyrs and Confessors.

The delegation also met with the Russian Orthodox Synodal Department for Catechising and the Department for External Church Relations for important collaborative dialogues.

During the visit, the delegation attended the Divine Liturgy consecrated by His Eminence Metropolitan Hilarion of Volokolamsk, chairman of the Department of External Church Relations of the Moscow Patriarchate at the Church of Our Lady The Joy of All the Sorrowful on Bolshaya Ordynka Street in Moscow. The delegation enjoyed a private lunch with the Metropolitan and clergy following the Liturgy.

This historic programme has affirmed the deepening of dialogue and collaboration between the two traditions.

The immense success of the Summer Institute has also underscored the need for ongoing interactions that strengthen and broaden the existing bilateral relationship. 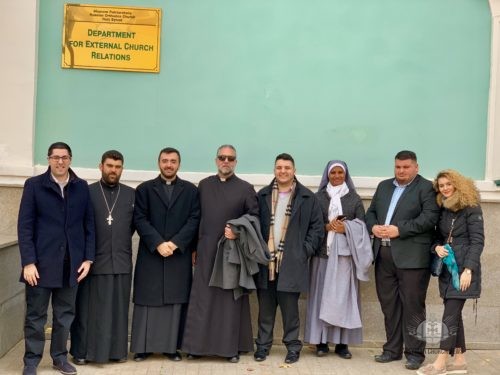