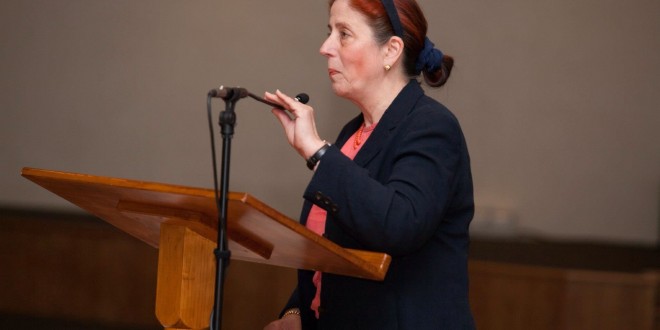 In a visit to Australia the distinguished Syriac Studies scholar Dr Erica C.D. Hunter has visited Assyrian Church of the East communities in Victoria and New South Wales.

During her visit Dr Hunter gave two lectures ‘The Christian Library from Turfan Project’. The lectures, held on 14 March 2014 at Ishtar Reception Centre in Victoria and on 22 March 2014 at Edessa Hall in New South Wales were very well attended by members of the Assyrian community and individuals from other communities.

Dr Hunter’s lecture in both states was entitled ‘The Christian Library from Turfan: New Discoveries and New Dimensions for the Church of the East’.

Special guests at the Melbourne lecture on 14 March 2014 were Ms Beryl Turner, Researcher and Editorial Assistant of the Syriac Language Research Centre, Whitley College at the University of Melbourne along with Syriac Studies scholar Dr Nicholas Al-Jeelo.

The Sydney lecture of 22 March 2014 was graced with the presence of His Beatitude Mar Meelis Zaia AM, Metropolitan of Australia, New Zealand and Lebanon and the parish priests of New South Wales. Also present was the longstanding friend of the Assyrian community Professor Rifaat Ebied of the University of Sydney.

‘The Christian Library from Turfan’ project aims to catalogue some 900 manuscripts in Syriac, Christian Soghdian and Christian Old Turkic, as well as New Persian that were found in the opening decade of the twentieth century at a monastery site near Bulayiq, Turfan. The texts, dating from the early medieval period (9th – 12th centuries), encompass liturgical texts, Bible readings, hymns and psalters, as well as ascetical texts including translations from Evagrius Ponticus, the Apophthegmata Patrum and East Syrian writers. The lives of John of Dailam and Serapion, the legend of Bishop Barshabba who brought Christianity from the Sassanid empire to Marv as well as a history of the city of Nisibis uphold the culturo-religious connection between the Turfan community and the Church of the East.

Today these manuscripts are held in the Berlin-Brandenburgische Akademie der Wissenschaften, the Staatsbibliothek, Potsdamer Strasse, Berlin and the Museum für Asiatische Kunst at Dahlem, Berlin. The manuscripts will be published as separate language catalogues in the Union Catalogue of Oriental Manuscripts in German Collections (Katalogisierung der Orientalischen Handschriften in Deutschland [KOHD]) a national project of the Academy of Sciences in Göttingen (Director, Dr. O. Feistel, Staatsbibliothek, Berlin). In addition, the project will address various issues, including the transmission of texts between different languages (Syriac, Soghdian and Old Turkic), the usage of liturgical and vernacular languages at Turfan and finally, the links that were maintained with the Mesopotamian homeland of the Church of the East whose patriarchate was at Baghdad.
Dr Hunter is Senior Lecturer in Eastern Christianity at the University of London’s School of Oriental and African Studies. Born in Melbourne, she received her PhD from the University of Melbourne in 1982. In 1985 she moved to England taking up the post of Affiliated Lecturer in Hebrew and Aramaic at the University of London which she held between 1998 – 2005.

In the late 1980s and early 1990s she was the Gertrude Bell Fellow of the British School of Archaeology in Iraq and worked on the collections of incantation bowls (written in Syriac, Aramaic and Mandaic) in the Iraq Museum.

She was Principal Investigator for ‘The Christian Library from Turfan’ project that was funded by an Arts and Humanities Research Council and has continued as a member of the research group working on the discoveries from Turfan.

The two well attended lectures in Victoria and New South Wales provided important insights into the discoveries relating to the extraordinary missionary enterprise of the Church of the East. 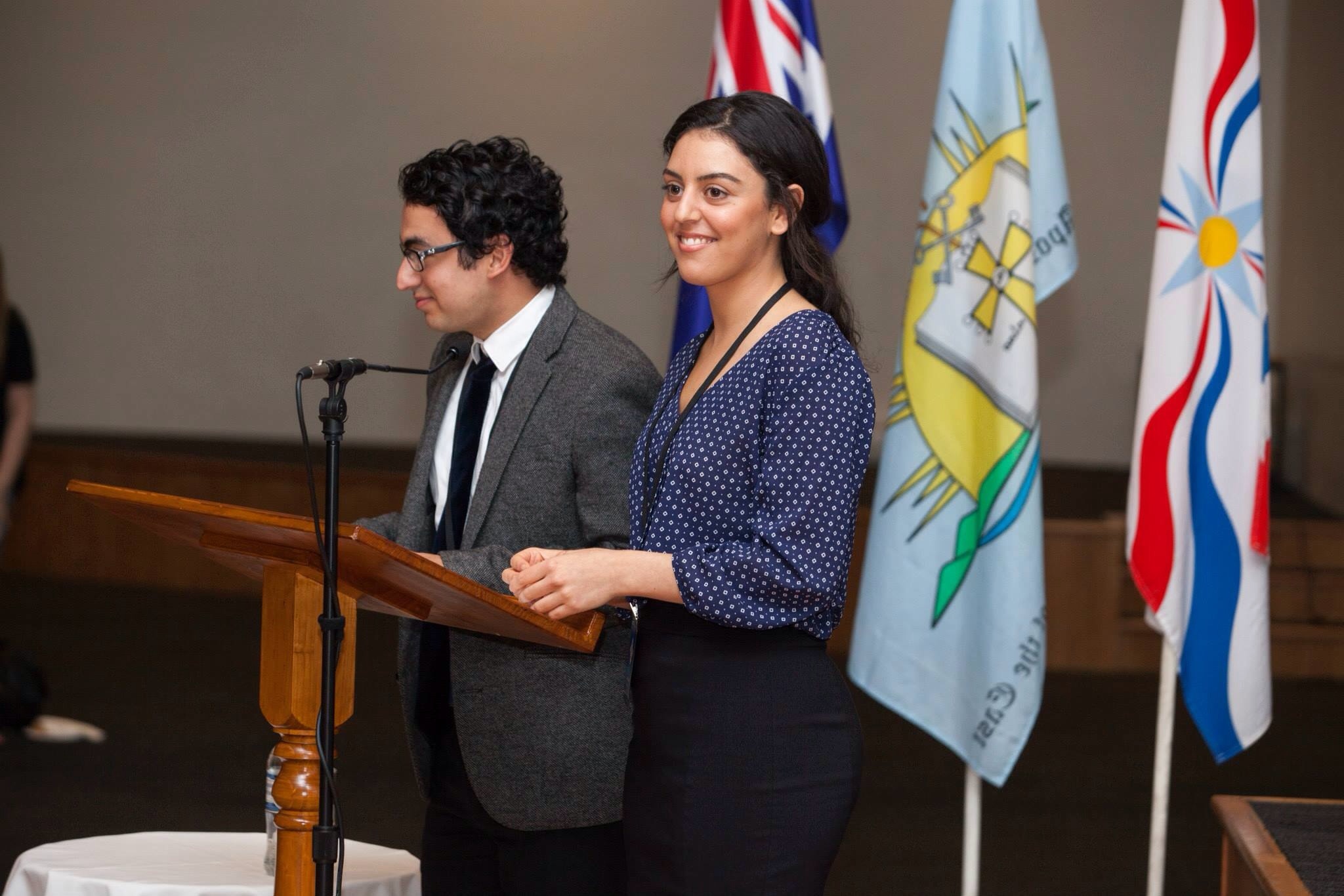 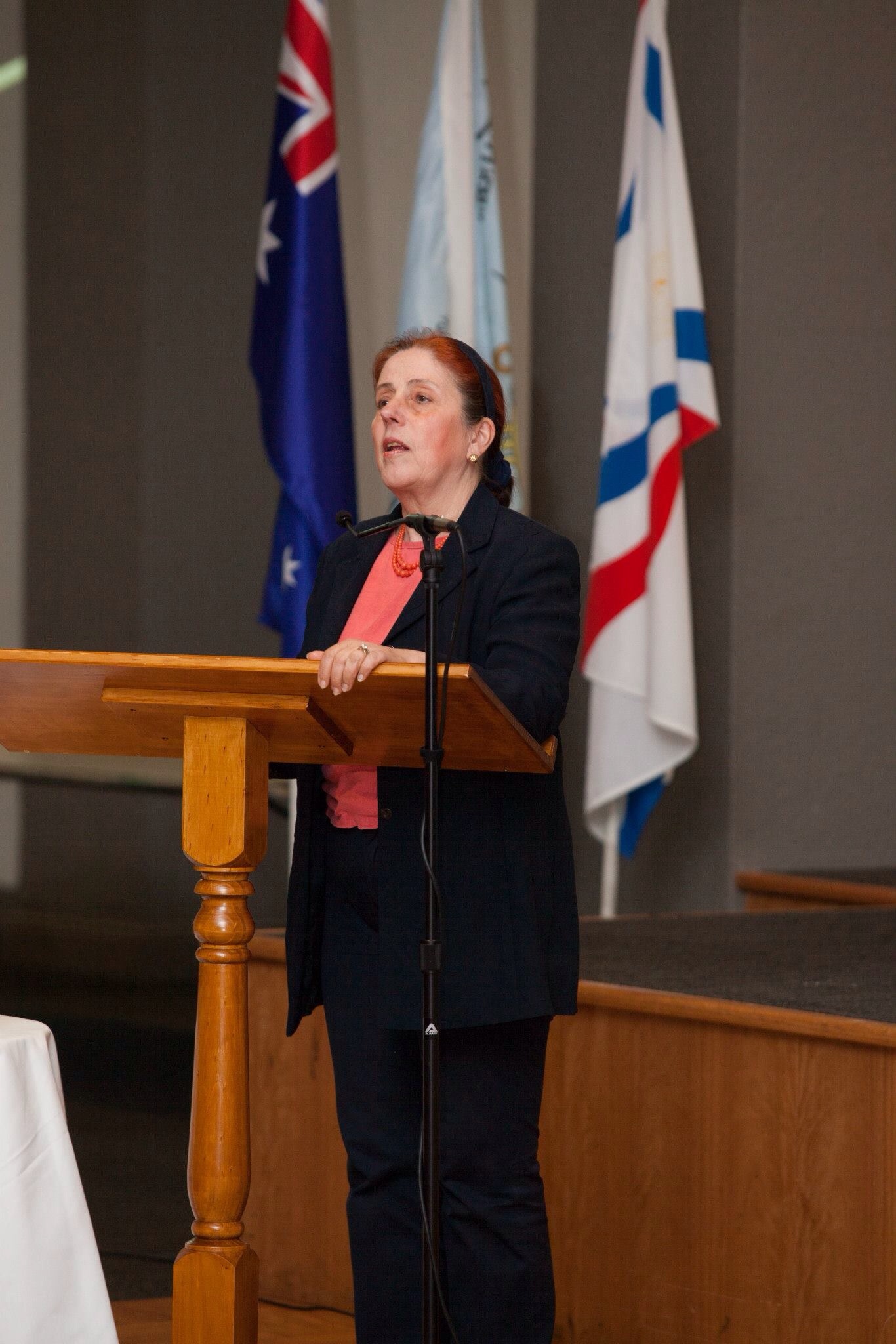 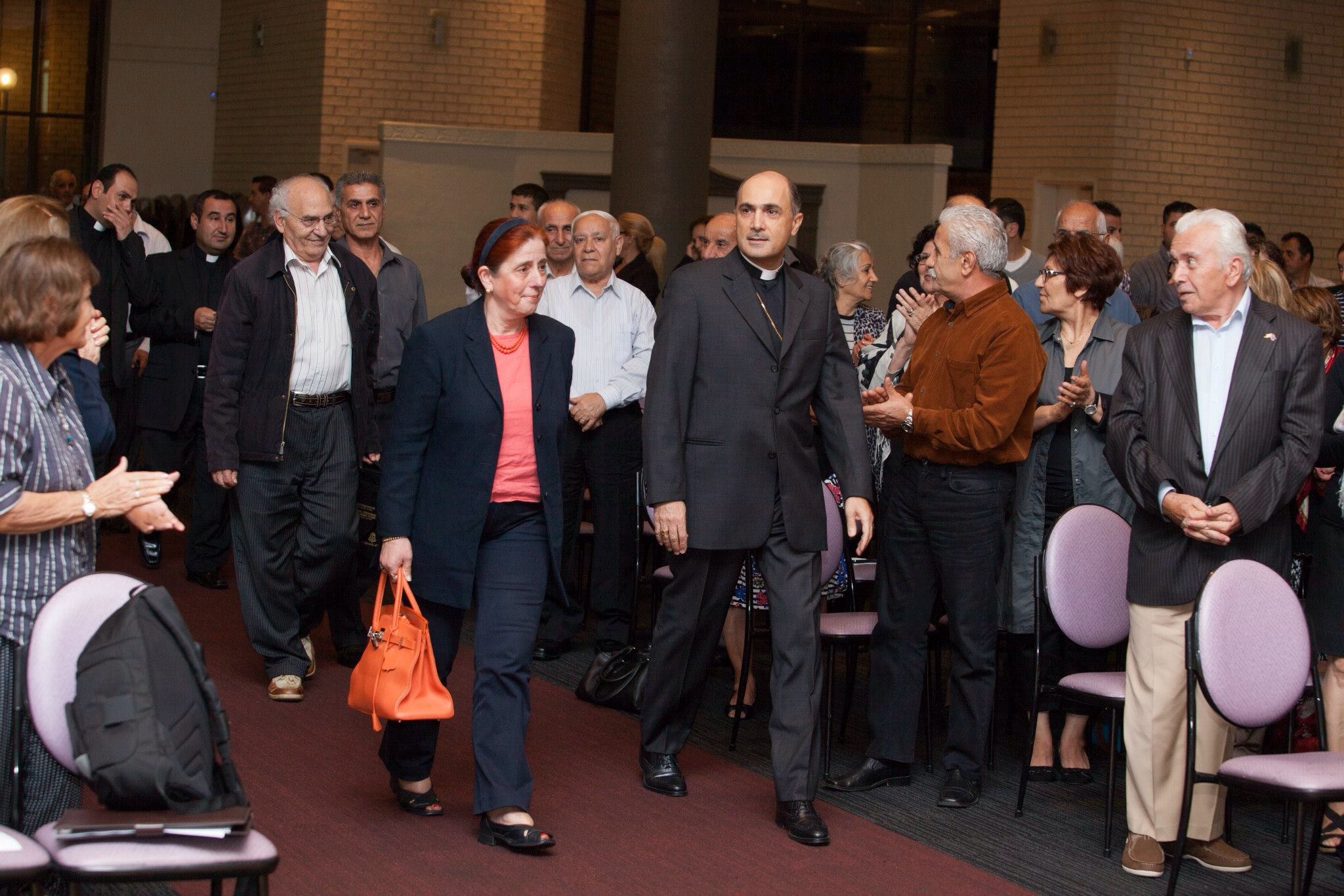 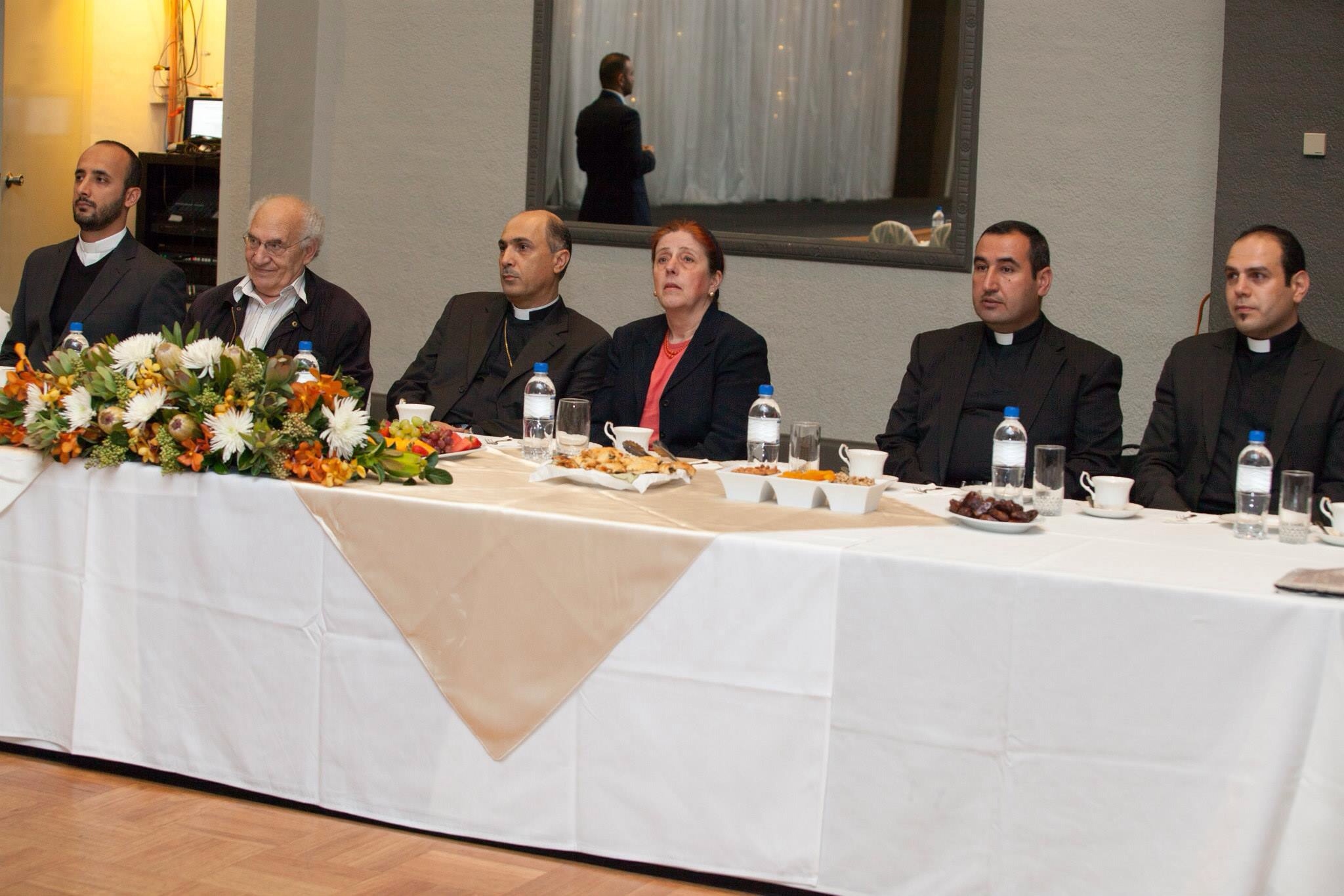 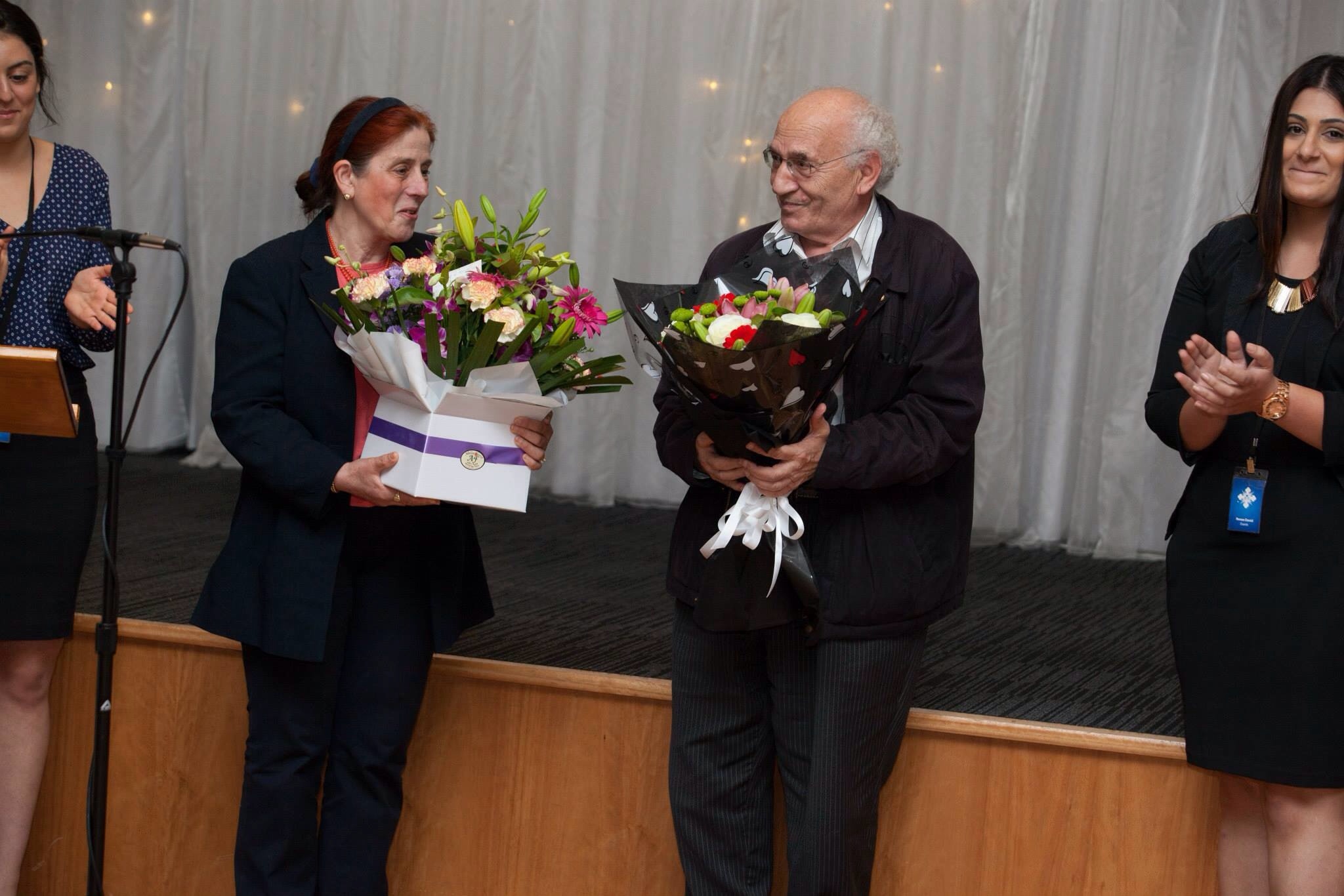 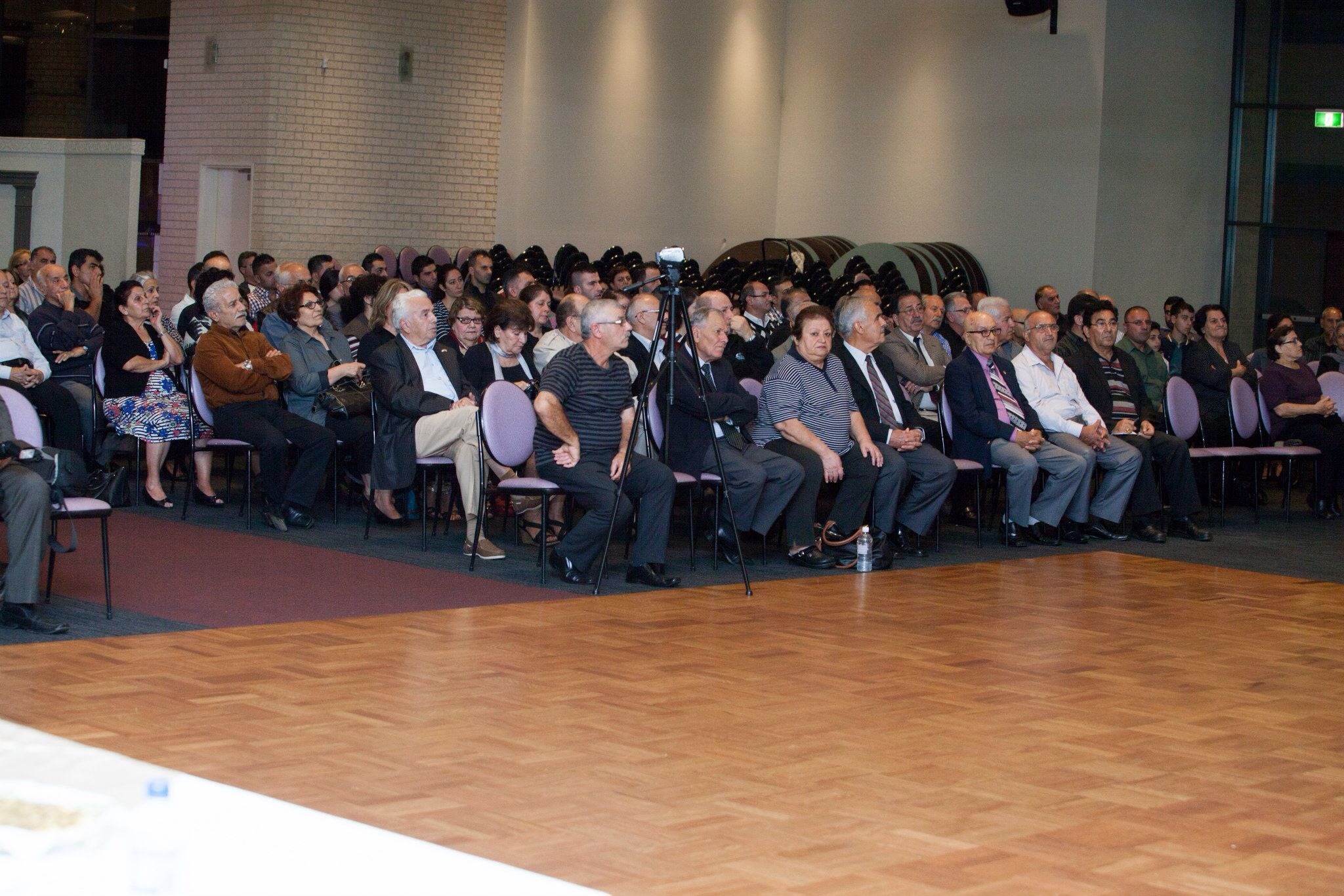 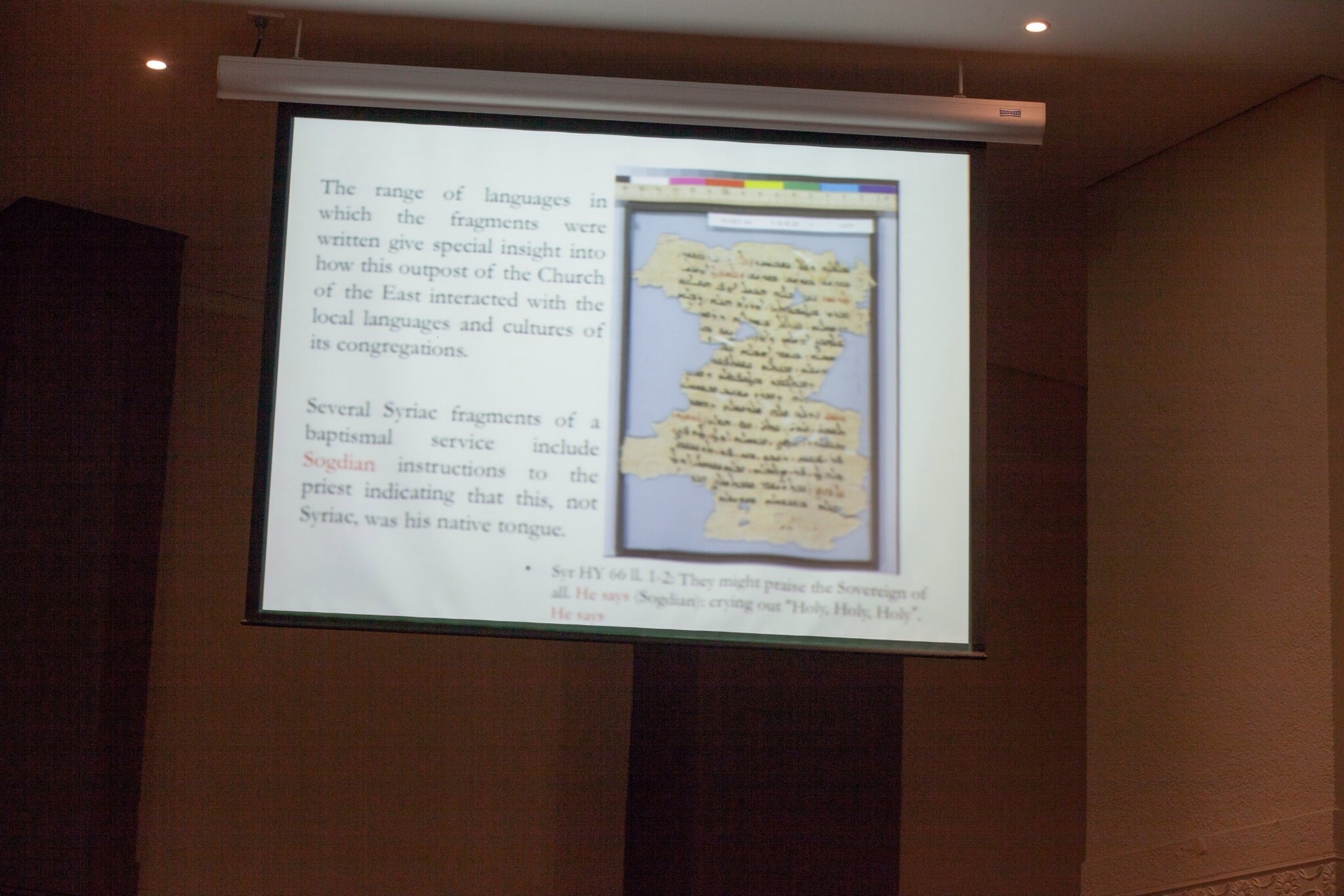 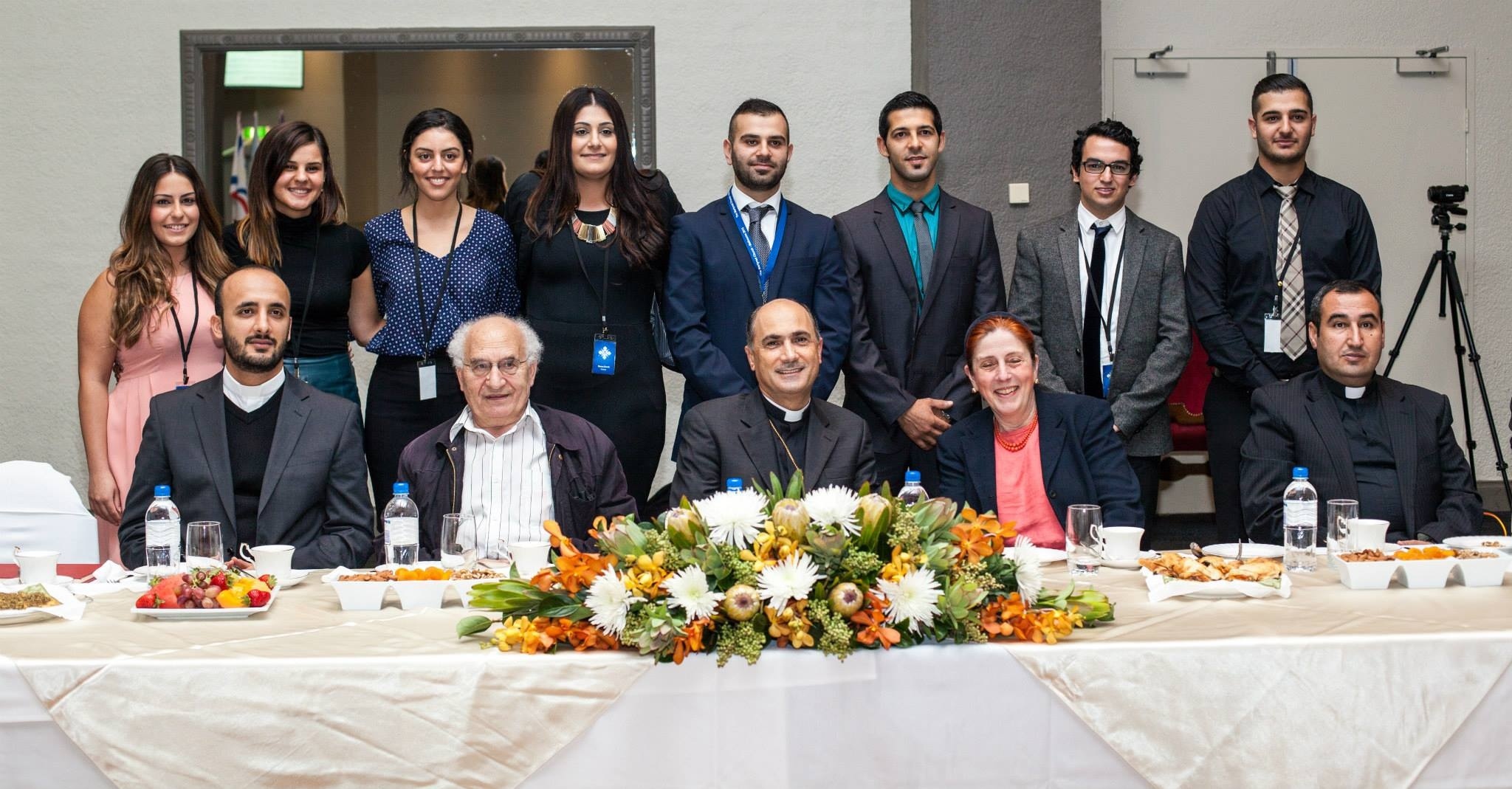 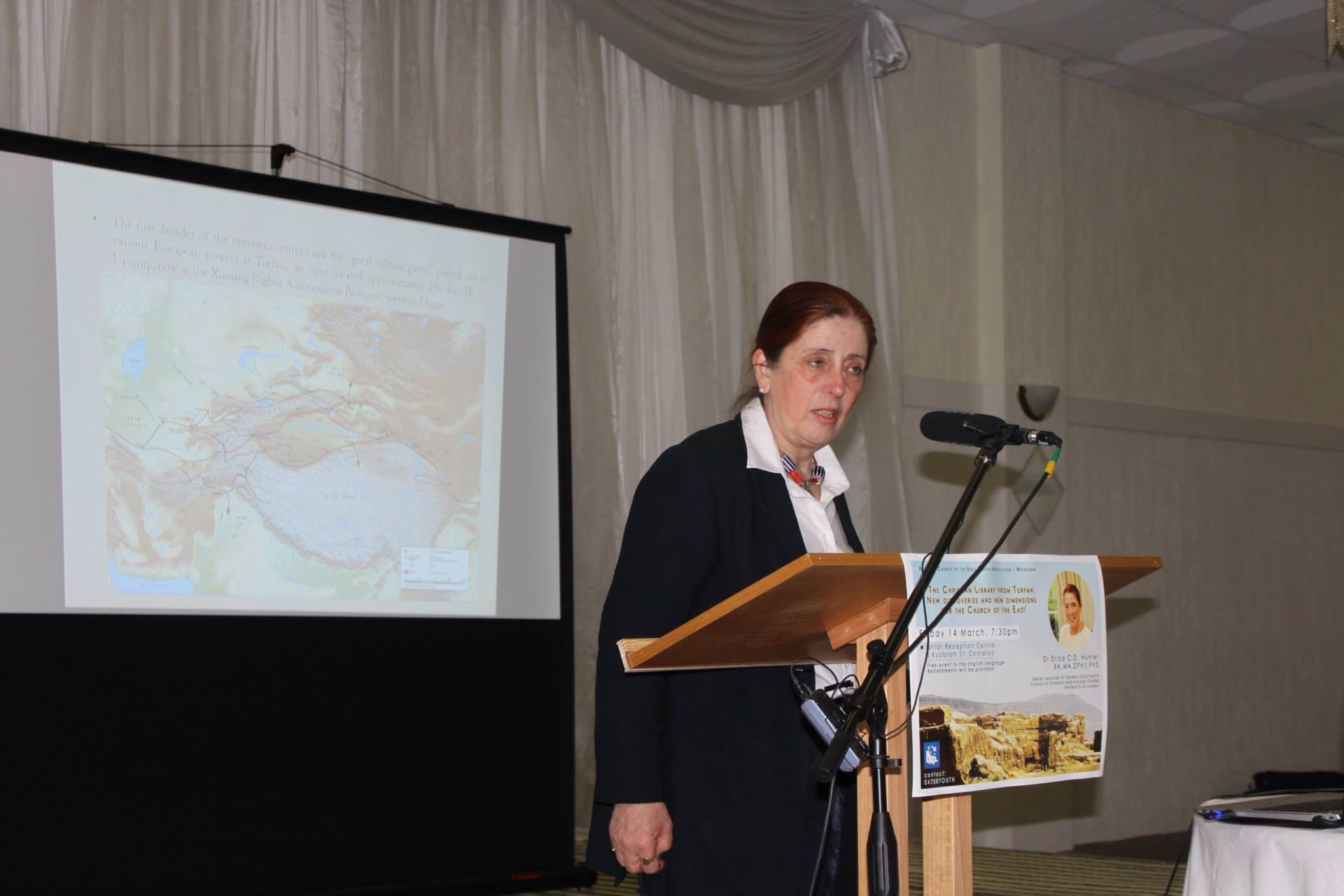 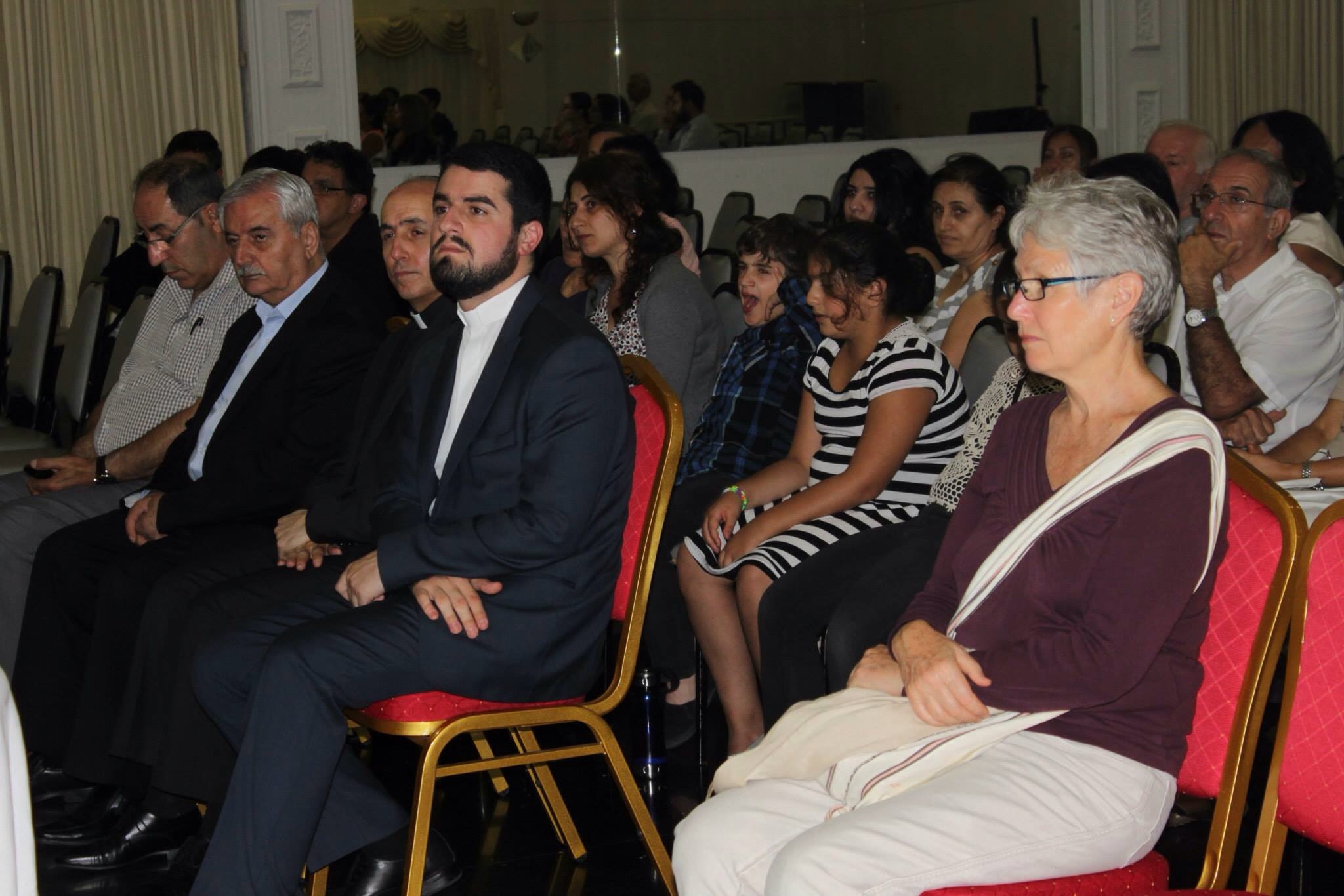 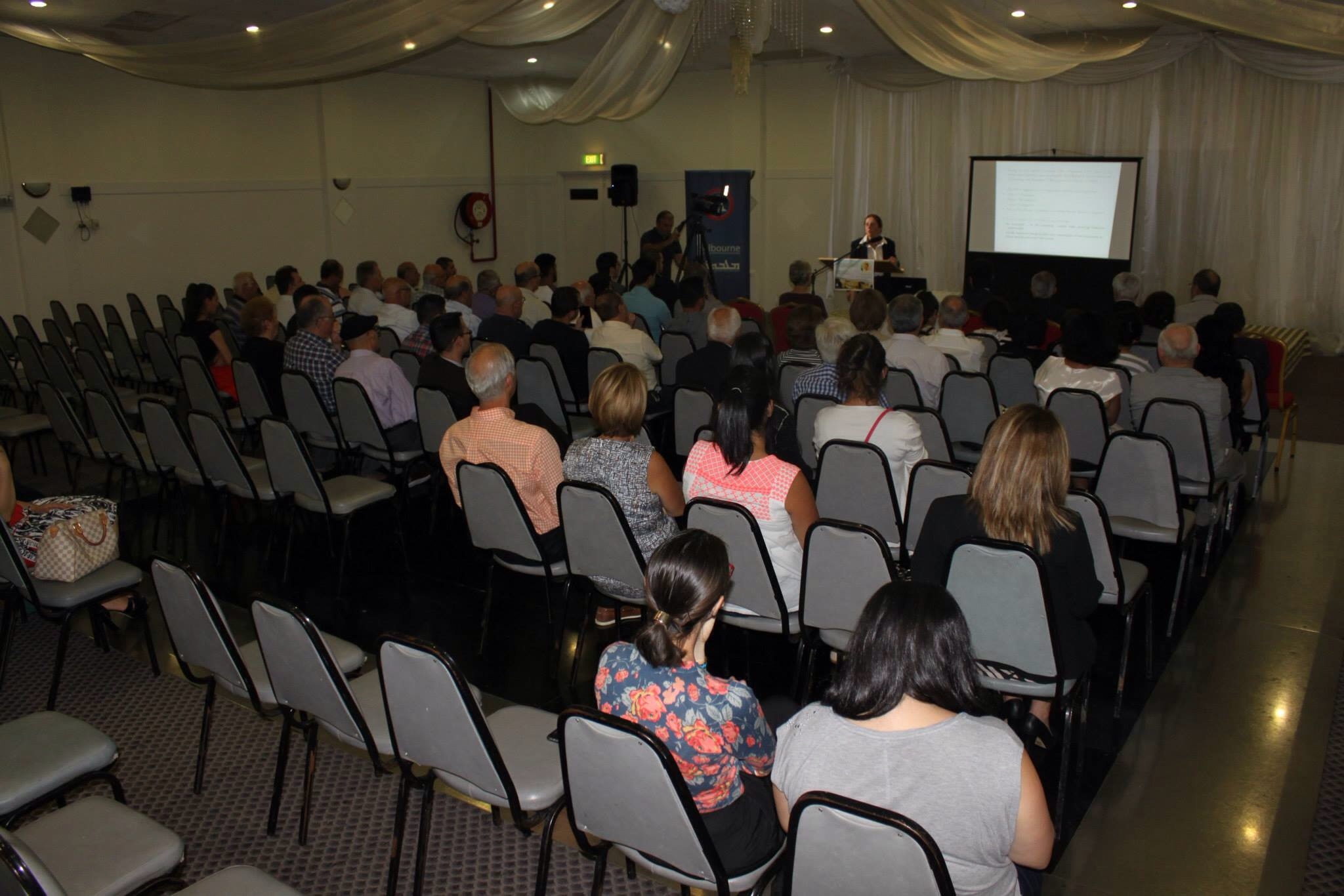 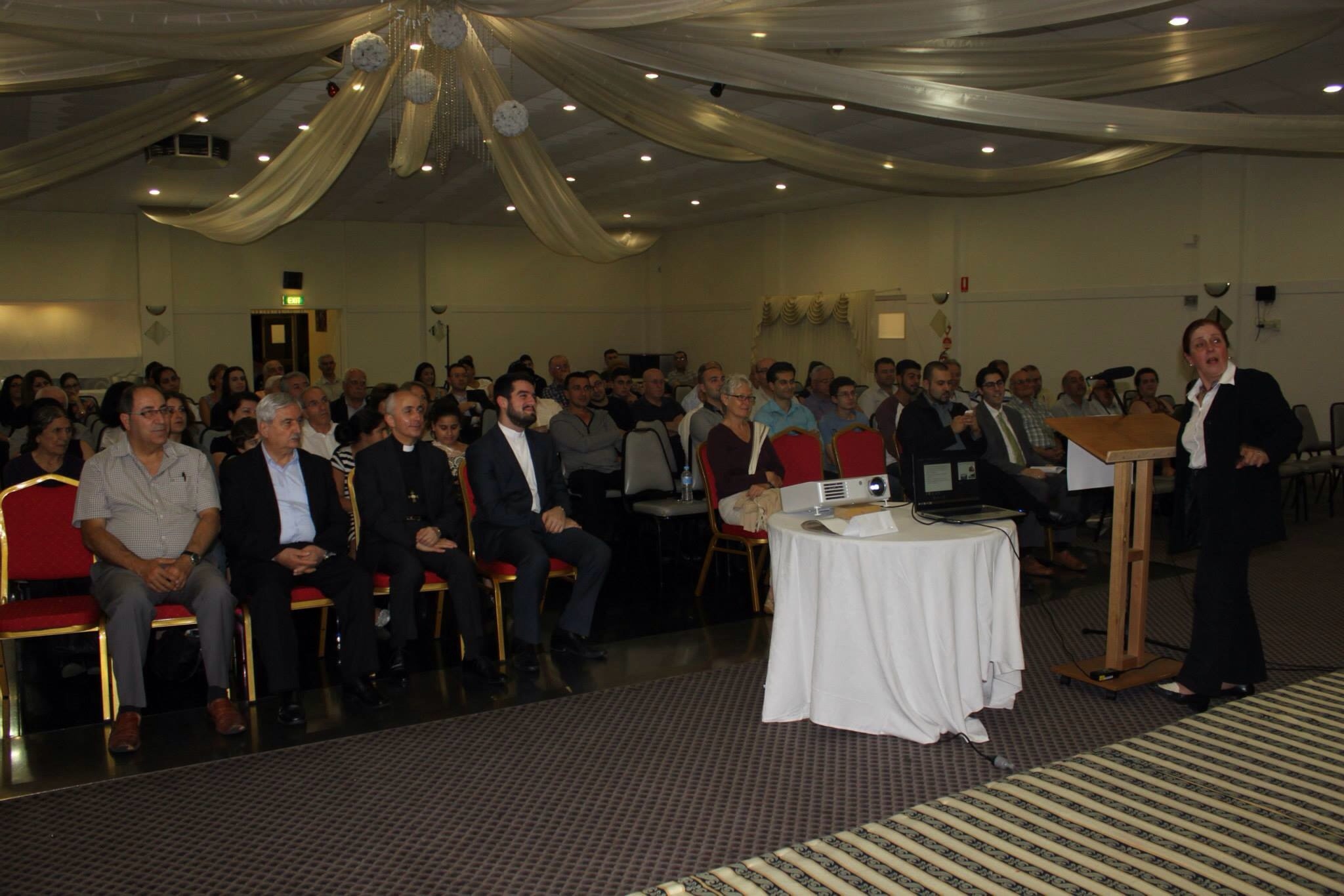 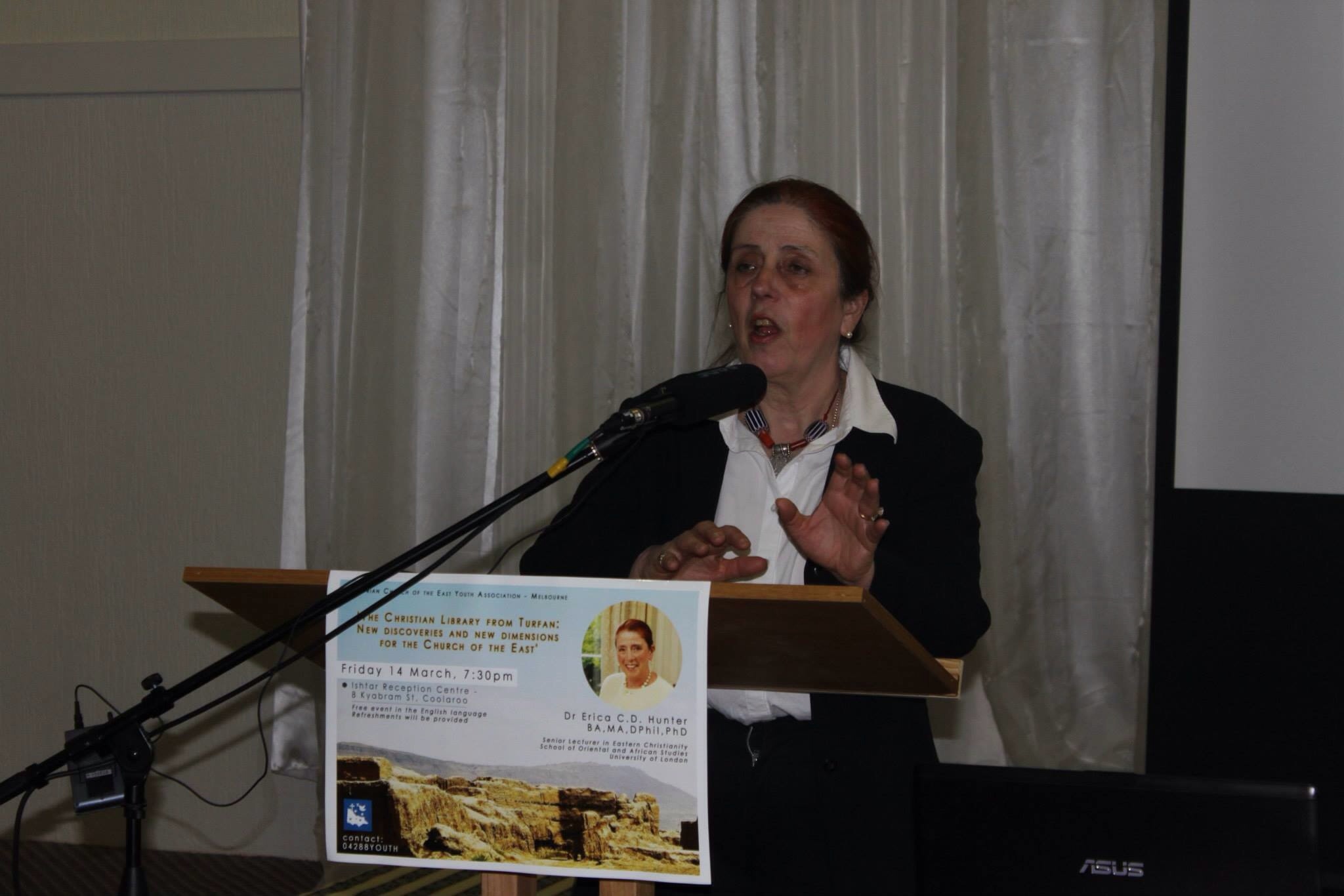 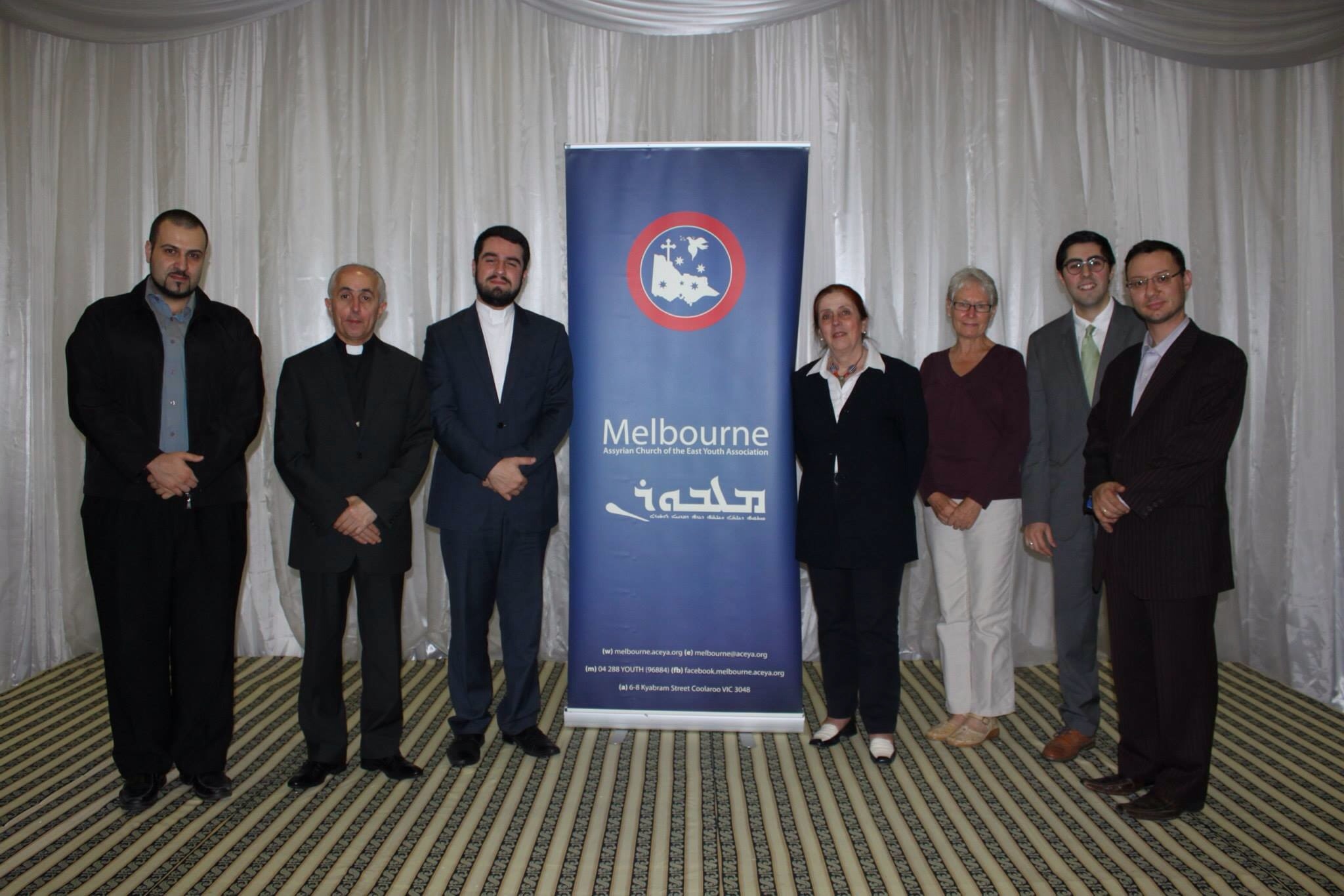 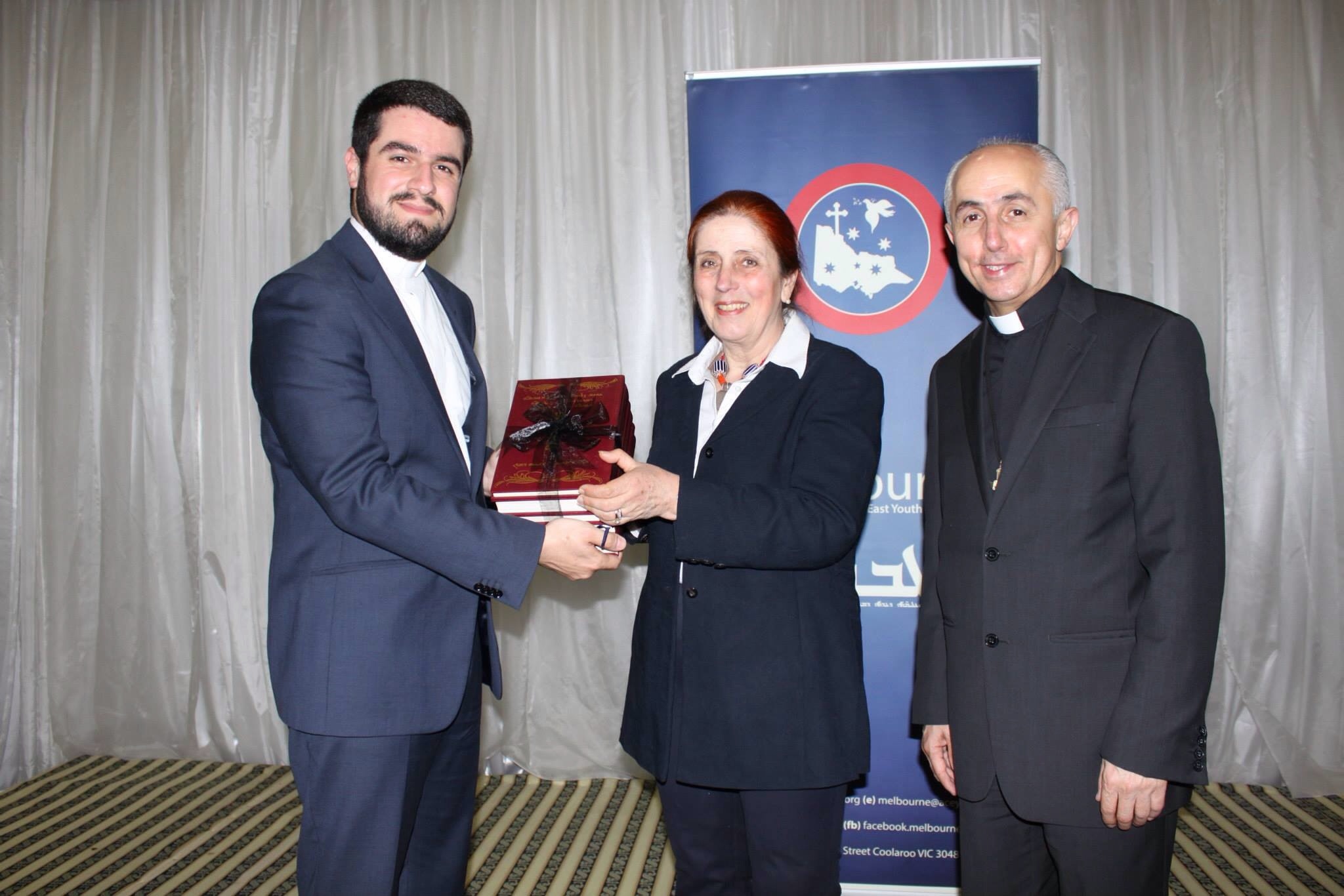 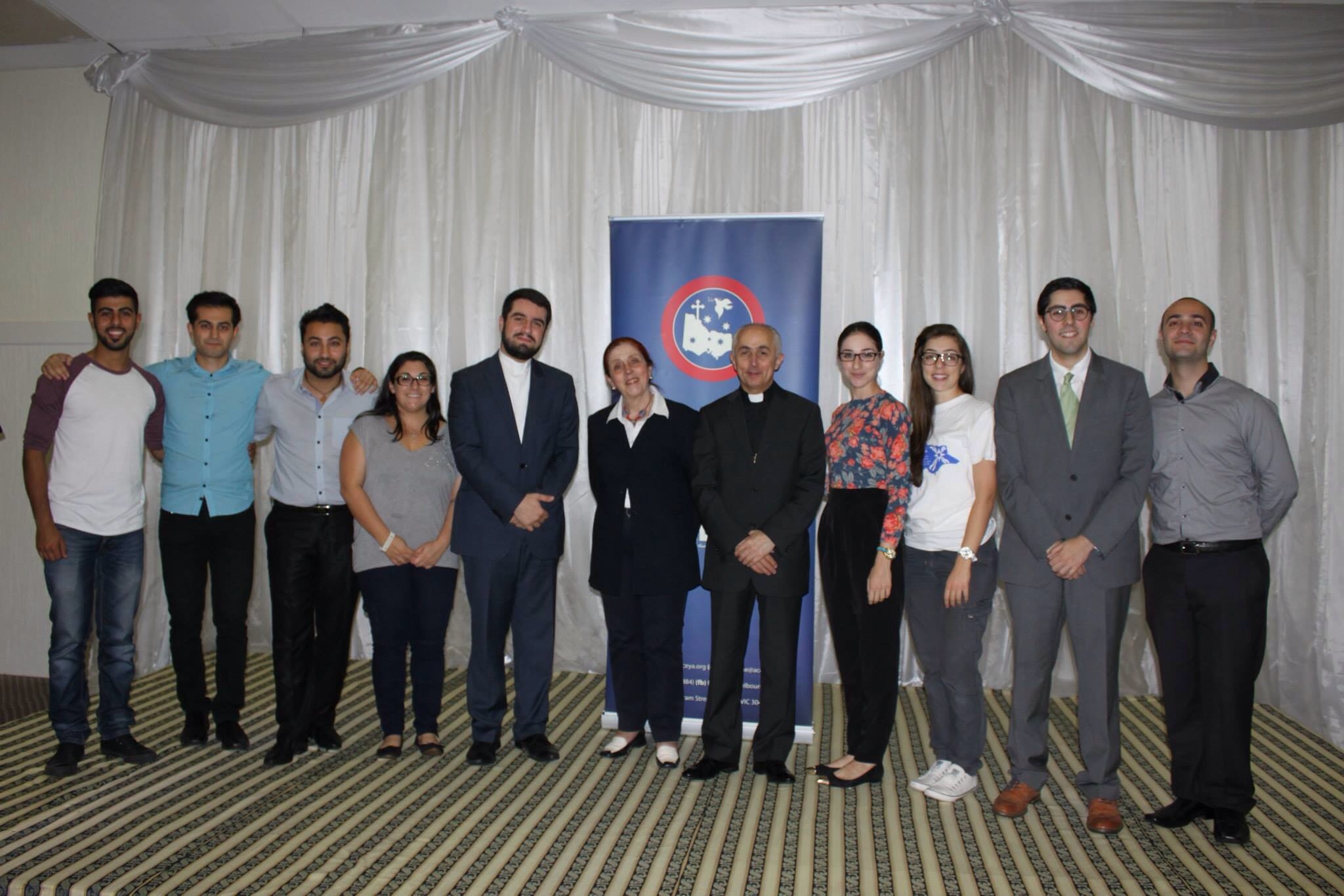