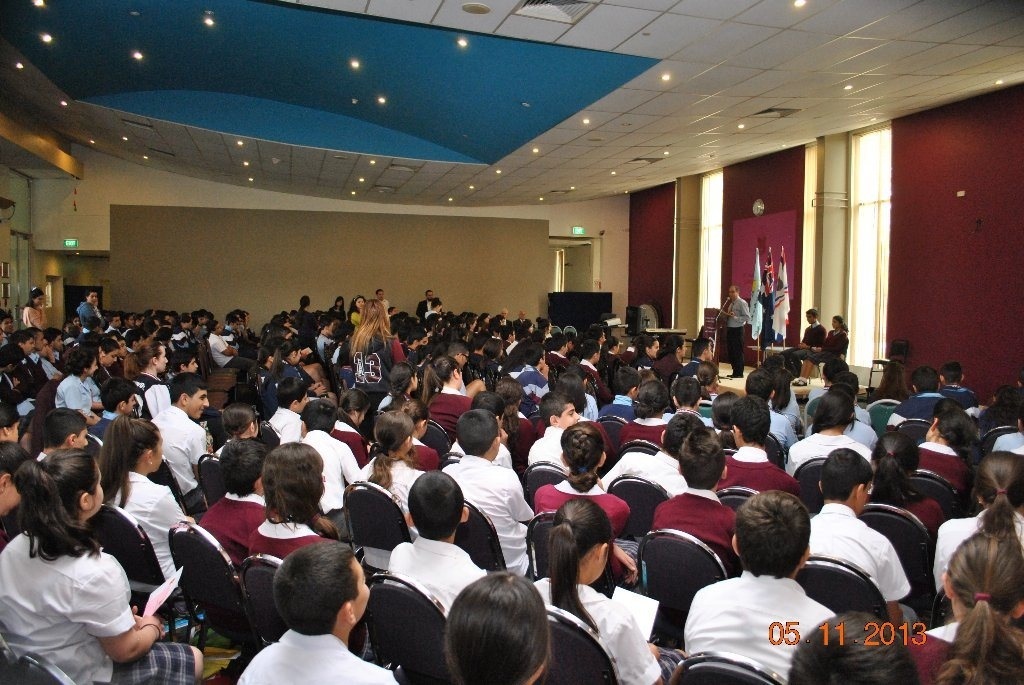 On 5 November 2013, the students of St Narsai Assyrian Christian College of the Assyrian Church of the East in Sydney, Australia gathered to commemorate the 3rd anniversary of the October 2010 terrorist attack upon Our Lady of Salvation Syriac Catholic Church in Baghdad, Iraq. During the heinous terrorist incident 58 Christians, many of whom were women and children lost their lives following a lengthy siege of the church.

Addressing the assembled students, Jacob Awraham, Assyrian language coordinator at the College discussed the sacrifices and suffering of the Christians of Iraq following the commencement of the Iraq War in 2003. In particular, Mr Awraham noted that the storming of the church and martyrdom of the many faithful came during a time in which they had congregated to celebrate the liturgy and pray for peace and stability in their homeland.

School principal John Haskal spoke urging the students to reflect upon the tragic events and immense suffering of Iraq’s Christian community which has led hundreds of thousands to flee the country. He exhorted the students to uphold their Christian values, Assyrian national identity and heritage. Mr Haskal went on stressing the great contribution of the Assyrian people to civilisation and urging the students of the College to proudly embrace their identity and distinctiveness while in pursuit of their education and into their future.

St Narsai Assyrian Christian College is a year 7-12 co-educational Christian independent College of the Assyrian Church of the East. It is considered a unique educational institution in many aspects being a full-time government accredited institution. Aside from the mandated state curriculum, students also study the Christian faith according to the tradition of the Assyrian Church of the East and the Assyrian language. It is the first Assyrian College to be established in the western world and came into existence as a fulfilment of His Beatitude Mar Meelis Zaia AM Metropolitan’s vision.

The College became a reality in 2006 following the opening of St Hurmizd Assyrian Primary School in 2002.

The College presently caters to 300 students with a further 800 students attending the sister-school, St Hurmizd Assyrian Primary School. Construction of a permanent campus for the College is currently underway.