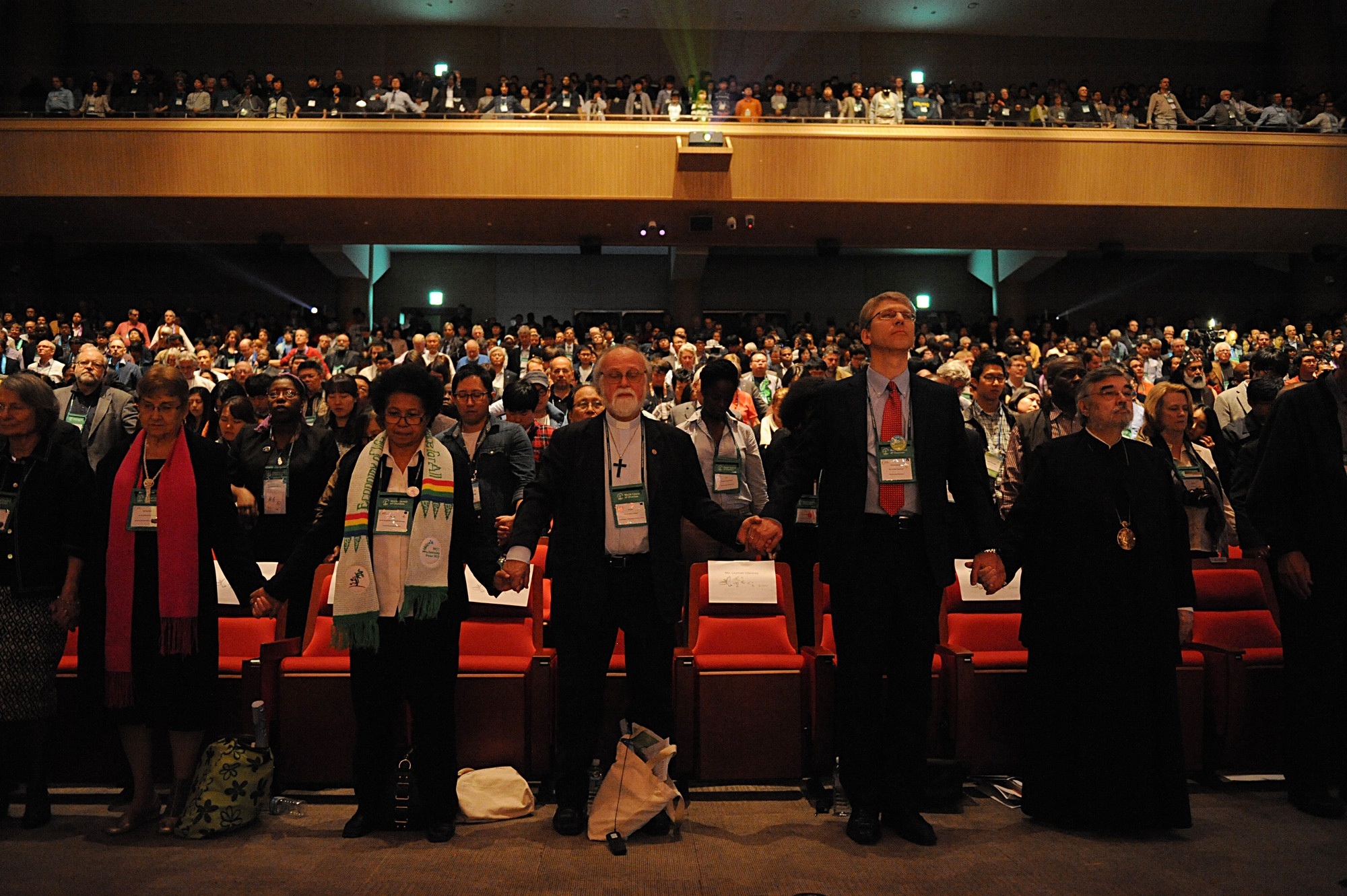 Assyrian Church of the East Represented at 10th World Council of Churches Assembly in Busan, Korea

Commissioned by His Holiness Mar Dinkha IV, Catholicos-Patriarch, Rev’d Cor-bishop George Toma, parish priest of St Andrew’s Church in Glenview, Illinois has represented the Assyrian Church of the East at the 10th Assembly of the World Council of Churches.
Under the theme ‘God of life, lead us to justice and peace’, more than 2000 delegates of world churches convened in Busan, Republic of Korea between 30 October – 8 November 2013.

The Assembly of the World Council of Churches is a unique moment when the fellowship of member churches unites in prayer, celebration and sets the future agenda for the council. The Assembly is held once every 7 or 8 years.

The WCC brings together churches, denominations and church fellowships in more than 110 countries and territories throughout the world, representing over 500 million Christians and including most of the world’s Orthodox churches, scores of Anglican, Baptist, Lutheran, Methodist and Reformed churches, as well as many United and Independent churches. At the end of 2012, there were 345 member churches. While the bulk of the WCC’s founding churches were European and North American, today most member churches are in Africa, Asia, the Caribbean, Latin America, the Middle East and the Pacific. While the Roman Catholic Church is not a formal member, it does send an official accredited delegation.

The Assyrian Church of the East is a founding member of the WCC, having taken membership at the inception of the body in 1948 and has been represented at most Assemblies held since that time.

His Beatitude Mar Aprem, Metropolitan of Malabar and India, also commissioned as delegate by the Catholicos-Patriarch was unable to attend due to unforseen personal circumstances.