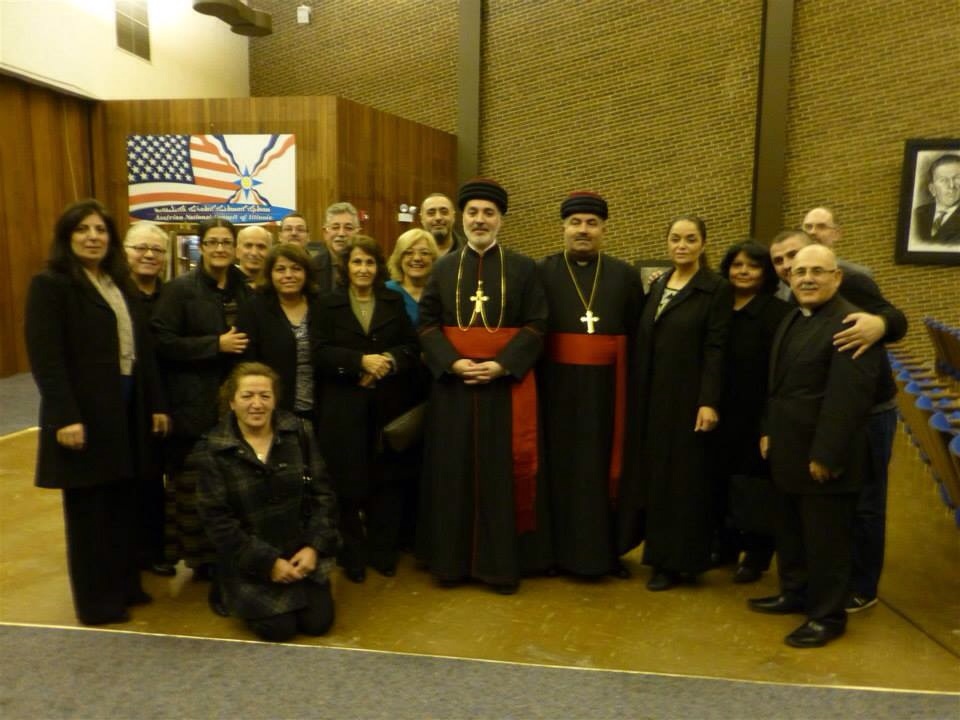 The Diocese of Eastern USA has hosted a public lecture entitled ‘The Christian Texts of Turfan’ in Illinois, USA on 15 November 2013.

The lecture, held at and co-sponsored by the Assyrian National Council of Illinois in Skokie, was given by Dr Erica C.D. Hunter of the Department for the Study of Religions, School of Oriental and African Studies at the University of London.

The Christian Library from Turfan Project aims to catalogue some 1092 manuscript fragments in the Syriac, Christian Soghdian and Uigher (Christian Old Turkic) scripts, as well as Pahlavi Persian, that were found in the opening decade of the twentieth century at a monastery site near Bulayiq, Turfan. The texts, dating from the early medieval period (9th – 12th centuries), encompass liturgical texts, lectionaries, hymns and psalters, as well as ascetical texts.

The manuscripts are currently held at the Berlin-Brandenburgische Akademie der Wissenschaften, the Staatsbibliothek, Potsdamer Strasse, Berlin and the Museum für Asiatische Kunst at Dahlem, Berlin.

The project addresses various issues, including the transmission of texts between different languages (Syriac, Soghdian and Old Turkic), the usage of liturgical and vernacular languages at Turfan and the links that were maintained with the Mesopotamian homeland of the Church of the East whose patriarchate was at Baghdad.

Dr. Hunter is Principal Investigator for the project. Other project members include Professor Nicholas Sims-Williams FBA, Professor Peter Zieme, Dr Chip Coakley, Dr Jonathan Loopstra and Dr Mark Dickens (Clare Hall, Cambridge), and His Grace Mar Awa Royel as liturgical/Syriac consultant. Dr Dickens assisted Dr Hunter in the lecture. It is noteworthy that the public lecture was delivered in conjunction with the workshop of the Turfan Research Project group, which was held from 14 to 15 November 2013, at the premises of St. Andrew’s Church, Assyrian Church of the East in the suburb of Glenview, Illinois.

In attendance at the lecture were His Grace Mar Awa Royel, Bishop of California and Secretary of the Holy Synod, and His Grace Mar Paulus Benjamin, Bishop of Eastern USA, along with a large number of priests and members of the Illinois Assyrian community.