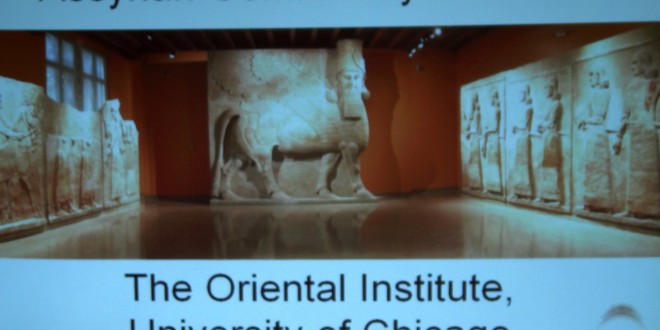 On Saturday 13 April 2013, the Oriental Institute of the University of Chicago held an outreach session aimed at the Assyrian community of Illinois.

His Grace Mar Paulus Benyamin, Bishop of Chicago and the Diocese of Eastern United States was present representing His Holiness Mar Dinkha IV, Catholicos-Patriarch of the Assyrian Church of the East.

His Grace the Bishop was accompanied by the Very Reverend Archdeacon William Toma STD, Archdeacon of the Holy Synod.

The session was targeted at the Assyrian community residing in the Chicagoland area and was part of the Oriental Institute’s wider efforts to reach out to as many people of Middle Eastern heritage as possible.