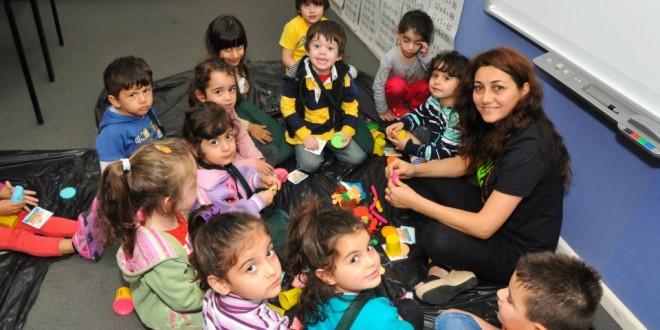 The Children’s Association was officially established by Rev’d Narsai Youkhanis along with the ACECA committee in February and the teaching term commenced in March with the blessings of His Beatitude Mar Meelis Zaia AM, Metropolitan of Australia, New Zealand and Lebanon.

Registrations for the ministry were available throughout February for children aged between three and thirteen. The curriculum comprises of a practical and hands on bible study, daily prayers, church hymns and Assyrian language for the different ages. For parents of children under the age of three, ACECA organises an hour long childcare program with the support of staff at the church’s Grace Childcare Centre located at Polding Street, Fairfield.
“It is inspiring to see a sea of over 200 Assyrian Christian children gathered every week wearing their ACECA shirts eager to learn, create friendships and grow together, both spiritually and physically”, said one of the parents.

Currently there are over 200 children registered with over ten teachers voluntarily committing their time for the hour long ministry on Wednesdays from 6-7pm at the Mar Dinkha Assembly Hall in St Hurmizd Assyrian Primary School.