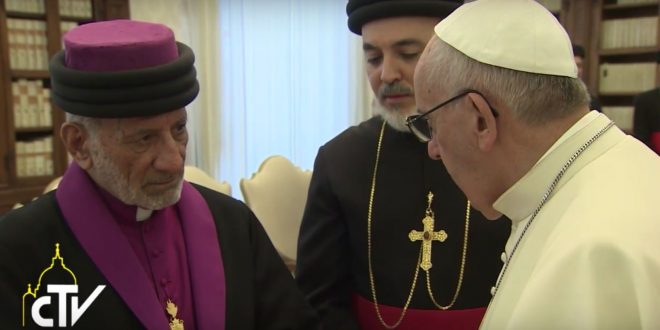 The Pope pressed great emphasis on the zeal and faith of the Christians in the Middle East during this time of turmoil, and applauded the Church for its support and aide during this time.

An excerpt from the Servizio Informazione Religiosa (Vatican City’s news central) reads below:

Deep grief “for what is still going on in the Middle East, particularly in Iraq and Syria”, where “the terrible violence of bloody conflicts, which no reason can justify or allow, is poured down on hundreds of thousands of innocent children, women and men”. Pope Francis expressed this this morning as he met with the Catholicos Mar Gewargis III, Patriarch of the Assyrian Church of the East, in the Redemptoris Mater Chapel in the Vatican. “There – Pope Francis said –, our Christian brothers and sisters and several religious and ethnic minorities are, unfortunately, used to suffering great trials on a daily basis”. “Amidst such great suffering, to which I implore for an end – the Pontiff said – we see Christians who, every day, walk the way of the Cross and follow in Jesus’ footsteps meekly, uniting themselves to Jesus who reconciled us by His Cross”. According to Pope Francis, “these brothers and sisters are role models who encourage us, in every circumstance, to stay with the Lord, embrace His Cross and trust in His love” as well as “not to tire of living His message of love, reconciliation and forgiveness”. “We should learn this”, Pope Francis highlighted, “from the martyrs and from those who, still today, even at the cost of their life, remain faithful to the Lord, and with Him overcome evil with good”. Hence the Pope’s gratitude “to these brothers and sisters of ours who inspire us to follow Jesus’ path to overcome enmity. Just as Christ’s blood, shed for love, has reconciled and united the Church making her fruitful, so too the blood of the martyrs is the seed of Christian unity. It calls us to spend ourselves for communion with fraternal charity”. (Source: click here)

Further, the Pope spoke on the roots of the Churches and their ancestry dating back to the early age of the establishment of Christianity, where the apostles spread the Word to all four corners of the world reaching Rome and Mesopotamia – being the ‘cradle of civilization’ as mentioned by the Pope.

In closing, the Pope thanked Mar Gewargis III for their third visit to the Vatican City, praying together for the Lord’s protection and to fulfill His will, amen. 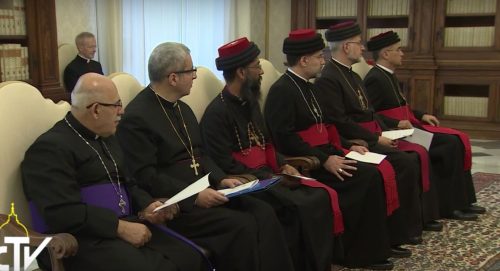 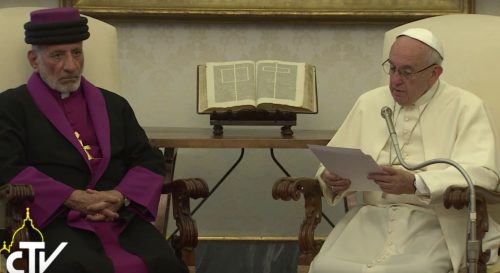 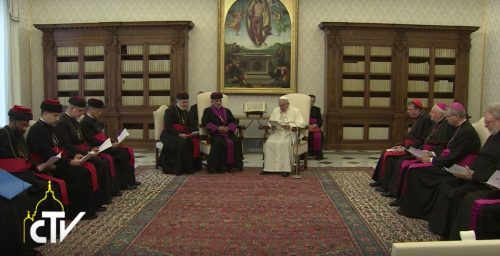 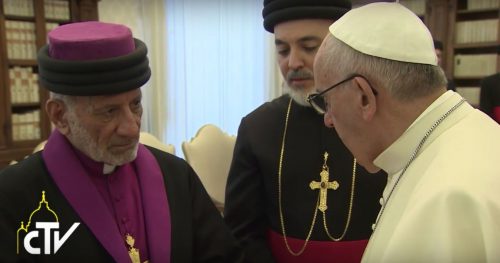 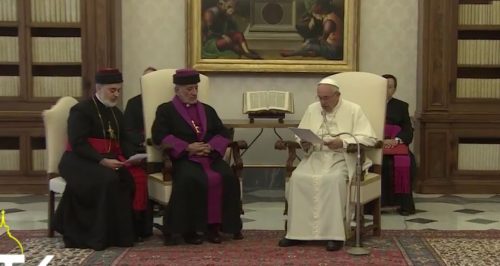