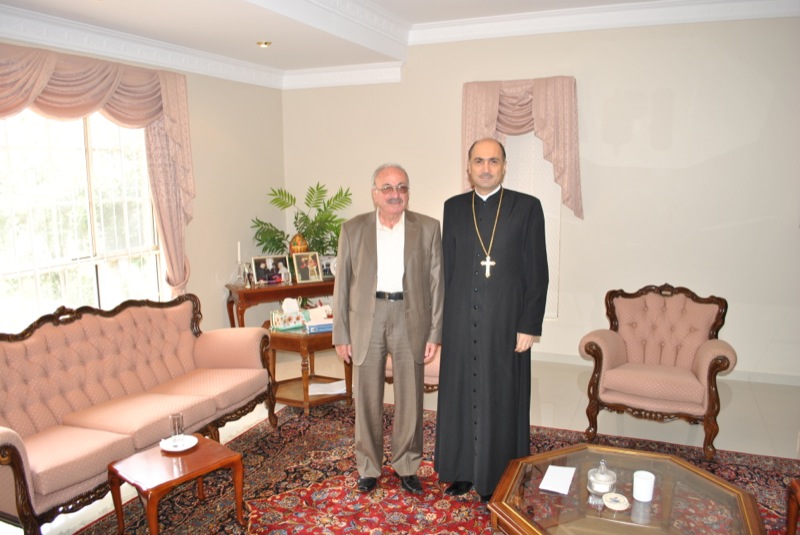 His Beatitude Mar Meelis Zaia AM Metropolitan of the Archdiocese of Australia, New Zealand and Lebanon has met with Emanuel Shekwana, former director of Syriac Studies in Iraq’s Ministry of Education.

Mr Shekwana expressed how proud he was to be able to visit the Assyrian Schools in Sydney, Mar Narsai Assyrian College and St. Hurmizd Assyrian Primary School. He commended the good works put forward by the Church in the Metropolitan See of Sydney, which continues to help preserve our mother tongue, the Assyrian language, in the western world.

Mr Shekwana was also invited by the Assyrian Schools to attend their graduation ceremonies on 13 December 2011.