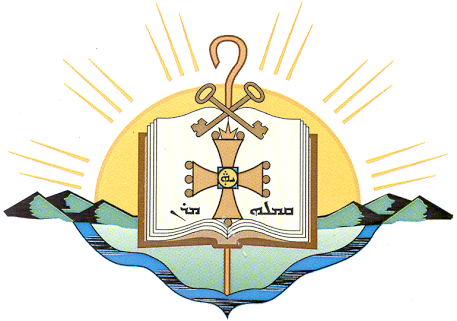 ​Our Lord sought out the disenfranchised from the community of faith, corrected the sin, healed the effects of sin, and restored the sinner to full membership in the People of God. Such a restoration always presumes a life marked by repentance of every Christian. All true Christians respond to sin with a prayerful movement of the heart in the spirit the words of Saint Paul: “This is a faithful saying, and worthy of all acceptation, that Christ Jesus came into the world to save sinners; of whom I am chief“ (I Timothy 1:15). In the Gospel of Christ, the Pharisees and Sadducees are not the models of faith, but rather the repentant sinner. So first we must ask our flock and all Christians to always speak in charity and love, without denigration or mockery towards all human beings and the human condition. It is for the same truth that the Church upholds in her teaching about the sanctity of marriage, that she must also demand dignity and respect for all human persons and speak truth in love.

​In Christian Life the Church recognizes two paths towards salvation: marriage and consecrated celibacy. Both are salvific not because of some pleasure or personal reward, but out of the self-sacrificial love that a person is called to in a life lived canonically and ordered by the principles of Sacred Scripture. Sex is given by God our Creator as a special gift for the procreation of the human race, which is a sanctification of the human person who is resolved to cooperate with God in the sacred act of creating in love in order to love.

​Marriage as a natural human relationship, across different cultures and religions, has always been about the creation of families for the ordered and thriving continuance of the human race. Christian marriage particularly, is that and more. It begins with the sanctification of God through his Church in the Rite of Betrothal and Crowning (Marriage Service), but is consummated in a life lived not merely for the mutual benefit of husband and wife, but in order to serve and love the natural and biological offspring of marriage. As such, only a heterosexual union of a man and a woman open and responsive to the conception and care of children can constitute Christian marriage. Abuse of the human person and reduction of human dignity by all other kinds of sexual behavior—premarital, extramarital, or homosexual—constitute a break with the Body of Christ, the Church: “Know ye not that the unrighteous shall not inherit the Kingdom of God? Be not deceived: neither fornicators, nor idolaters, nor adulterers, nor effeminate, nor abusers of themselves with mankind, nor thieves, nor covetous, nor drunkards, nor revilers, nor extortioners, shall inherit the kingdom of God. And such were some of you: but ye are washed, but ye are sanctified, but ye are justified in the name of the Lord Jesus, and by the Spirit of our God. Know ye not that your bodies are the members of Christ? Shall I then take the members of Christ, and make them the members of an harlot? God forbid” (I Corinthians 9:6-16) ​Hence, it is not in any prejudice or discrimination that the Assyrian Church of the East has never in the past nor can it today recognize same-sex unions or sexual relations as a matter of the teaching of the Sacred Scriptures and the doctrine of the holy Church. Marriage is defined by a sacred union of one man and one woman in order to commit to the bearing of children and the self-sacrificial commitment to their well-being and upbringing for the Kingdom of God. Such conception is not as a reproductive right or in self-referential desire, but as the natural and blessed consequence of marital love. Therefore, the commitment of marriage which establishes the fidelity and stability of the family precedes sexual/reproductive activity, and for this reason the Church cannot condone the practice of cohabitation before marriage. Christian marriage must be between two people—male and female—who are open to the natural and free gift of life to be conceived of them. Birth technologies that involve fertilization from persons other than the married couple, sterilization, and the avoidance of having children, as well as sexual relations between people of the same sex all violate the fundamental and Scriptural human dignity of the tradition of the Holy Apostolic Catholic Assyrian Church of the East.

​Some couples have trouble conceiving or do not conceive at all. The teaching of the Church in no way discourages or denigrates such marriages. The couple that is open to children in the commitment of Sacred Matrimony has the full blessings of an undefiled marriage bed. Furthermore, in such circumstances, the desire to conceive and the self-sacrificial parental drive may be well applied not only to great acts of charity and service, but also to raising children who deserve good parents.

​Finally, the Church of the East remains ever committed to her indelible and absolute orthodox and catholic faith. As such, it cannot bless or solemnize any marriage that is not committed to the Scriptural principles, nor do the Church’s sacred ministers have the authority to attempt to do so, under any condition. The Holy Eucharist, sacraments and liturgical rites of the Church of the East presuppose a commitment and life lived according to the basic and fundamental moral teachings of and a committed faith in the Holy and Apostolic Church as the only Body of Christ. As such, persons in unchaste relationships may not receive Communion (Qurbana Qaddisha), and to do so would be a violation not only of personal honesty but a sacrilege in violating the sacred and holy canons of the Church of the East and the exhortation of the blessed apostles of our Lord (cf. I Corinthians 11:27-29).

​Echoing Saint Paul’s words of a truth in love, we know that “God our Savior desires that all men be saved and come to the knowledge of truth“(I Timothy 2:4). Christ calls us all continually to repentance and is ever ready to give us his love and forgiveness so that in addressing this divisive issue, we must realize our own sins, whatever they maybe, and approach our nation and state not in animosity but in a charitable and prophetic voice of love.

​Finally, we remind our children in Christ that we are not to condemn anyone but must always seek to make the Gospel known in as respectful and loving a heart as possible. May the prayers of the blessed apostles Mar Thoma, Mar Addai & Mar Mari who founded our ancient and apostolic Church, and also the prayers of the saints, martyrs and confessors safeguard the holy Church and her children continually. The Grace of our Lord Jesus Christ, the Love of God the Father, and the Communion of the Holy Spirit be with you all, now and at all times, and forever and ever. Amen.