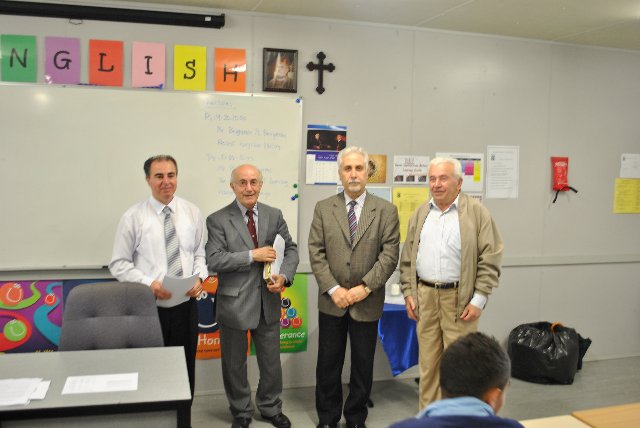 High school students of Mar Narsai Assyrian College in Sydney, Australia have been privileged to attend lectures based on the importance of the Assyrian language.

Presented by Beniamen Beniamen and Philimon Darmo, the lectures discussed the reality of the migration of the Assyrian nation since the Ottoman empire. They also stated the reasons for the nation’s geographical displacement and consequential population sprawl.

The presenters went on to talk about the massacres committed against the Assyrian nation, including the genocide which killed more than 3000 Assyrians in northern Iraq in 1933, and the impact these tragedies have had on today’s Assyrian population.

Mr Darmo went on to stress the importance of learning our forefathers’ language to further strengthen the Assyrian identity, culture and heritage. The loss of population, Mr Darmo added, further increases the risk of the loss of identity.

Touching on the chronological divisions of the Assyrian language since 4000 BC until today, the presenters also explained the different Assyrian fonts used in books.

More importantly, they discussed the differences and similarities of the colloquial Assyrian dialect commonly spoken in homes, compared with the language spoken during formal services such as the offering of the Holy Eucharist.