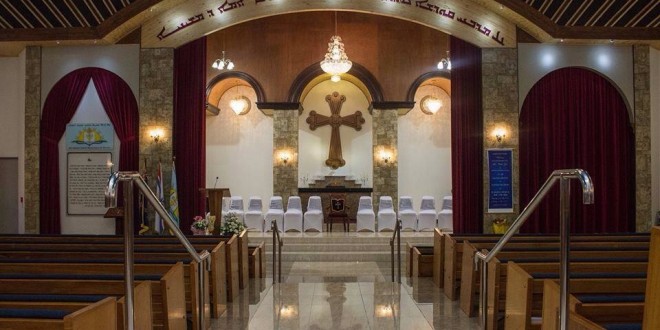 A new church is helping forge cultural roots for a small community.

The Holy Apostolic Catholic Assyrian Church of the East opened its doors in Manurewa on Saturday.

Father Toma K Toma, who came to New Zealand from Iran in 1992, acknowledges the church has come a long way from its early beginnings and is happy to see it thrive in South Auckland – “it’s a dream come true”, he says.

People in the neighbourhood are very impressed with the new building and ask many questions, and he’s proud to share his religion and culture, he says.

When he first arrived in the country only 10 families attended his services which he would run using Anglican church facilities. Now he has a congregation of more than 200 families.

The Church of the East began during the early Christian missionary activity in the middle of the first century. It established itself through the regions of Mesopotamia which included areas of modern-day Iraq and Syria.

The Assyrian people are the major ethnic community within the church but Father Toma says its doors are open to everyone. He hopes its facilities will be available for community events and weddings.

Committee president Glen Mouchi says having the new church is a great source of pride. He arrived from Iraq in 1995 and is thankful to be living in New Zealand.

Many Assyrians have arrived as refugees and some have faced persecution because of their beliefs, he says.

More than $1 million was spent renovating the premises on Maich Rd, which includes a community hall, and most of the money came from donations.

Mouchi, who works as an engineer, was in charge of designing the new premises.

“I’m very happy. I’ve worked on many buildings in Auckland but this project has a special meaning.”

Volunteers put in their free time to help with the renovations which only took six months to complete since they started in November last year.

“In all the details, from the exterior to the interior, we put a lot of thought and feeling into it,” Mouchi says.

“It is a link to our historical heritage and the patterns we used are the same used 6000 years ago.”

Committee member Jessie Youkhana says the church has become her “life” since arriving in New Zealand with no family nearly 20 years ago.

Now she also helps run church classes every Saturday to teach children the Assyrian language and its culture.

More than 80 children between the ages of 3 and 15 attend.

Father Toma hopes the new building will give Assyrians a place to settle.

“When there’s no church many will try to move to Australia – now they’ve got their own building to express their faith.