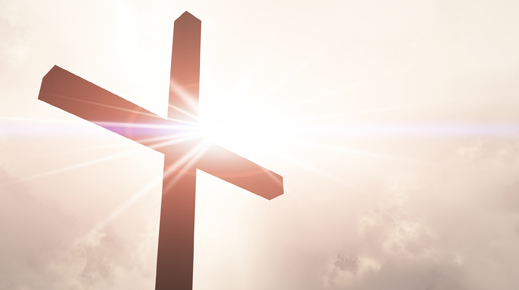 The Suffering, Death, Burial, and Resurrection of Jesus Christ

The Suffering, Death, Burial and Resurrection Of Jesus Christ

It is recorded in The Scripture that the High-priests, The Scribes, the Pharisees, the learned theologians of that time in history were possessed of a particular hatred for our Lord Jesus Christ.  Jesus was not accepted by the above mentioned figures for the following reasons:

1. The majority of regular people followed Him and His teachings, accepted His miracles, etc. It is written:

“And when the chief priests and the scribes heard it, they kept looking for a way to kill him; for they were afraid of him, because the whole crowd was spellbound by his teaching.” (Mark 11:18) Again it is written:

“They wanted to arrest him, but they feared the crowds, because they regarded him as a prophet.” (Matthew 21:46) Again it is written:

“Every day he was teaching in the temple. The chief priests, the scribes, and the leaders of the people kept looking for a way to kill him; but they did not find anything they could do, for all the people were spellbound by what they heard.” (Luke 19:47-48)

2. He was straight forward with His teachings, and revealed their teachings as false.  It is written:

“Again they came to Jerusalem. As he was walking in the temple, the chief priests, the scribes, and the elders came to him and said, ‘By what authority are you doing these things? Who gave you this authority to do them?’ Jesus said to them, ‘I will ask you one question; answer me, and I will tell you by what authority I do these things. Did the baptism of John come from heaven, or was it of human origin? Answer me.’ They argued with one another, ‘If we say, “From heaven”, he will say, “Why then did you not believe him?” But shall we say, “Of human origin”?’ they were afraid of the crowd, for all regarded John as truly a prophet. So they answered Jesus, ‘We do not know.’ And Jesus said to them, ‘Neither will I tell you by what authority I am doing these things.”   (Mark 11:27-33, compare with Matthew 21:23-27)

We confess and say in the Creed, that Jesus Christ was crucified under Pontius Pilate for two reasons.

1. This confession “Jesus Christ was crucified under Pontius Pilate.”  Will lend credence to the historical period, time, and approximate year in which He was crucified.  It is written:

Pontius Pilate was the Governor of the region of Judea, as laid out by the Roman Caesars, or the Palestine of the Roman Byzantine Empire.  It is of considerable importance to mention the word Judea in this article because in this reference we can recognize the fulfillment of the prophecy of Jacob. It is written:

“The scepter shall not depart from Judah, nor the ruler’s staff from between his feet, until tribute comes to him; and the obedience of the peoples is his.”  (Genesis 49:10)

2. To confirm to the Christian believers, that our Lord did indeed suffered and died in His Humanity, contrary to the heresy of one of the early centuries of The Church history, who taught that Jesus Christ was a phantom.  It is written:

“By this you know the Spirit of God: every spirit that confesses that Jesus Christ has come in the flesh is from God, and every spirit that does not confess Jesus is not from God. And this is the spirit of the antichrist, of which you have heard that it is coming; and now it is already in the world.”  (I John 4:2- 3)

The Holy Church also confesses that “He (Jesus) was buried” in order to confirm and state publicly that He died, in His humanity, and that He arose in His humanity; which is to be transformed into immortality when He ascends into Heaven to be seated at the right hand of God the Father.  The crucifiers had posted soldiers/guards to keep watch over the sealed sepulcher.  It is written:

“And laid it in his own new tomb, which he had hewn in the rock. He then rolled a great stone to the door of the tomb and went away.” (Matthew 27:60)

“Pilate said to them, ‘You have a guard of soldiers; go, make it as secure as you can.’ So they went with the guard and made the tomb secure by sealing the stone.”

We apply suffering and death to our Lord Jesus Christ not to His Godhead, but rather to that of His humanity (manhood). Jesus could have avoided death and suffering, but because of His divine love for mankind, He willingly accepted the consequences of humanity and their sin.  It is written:

We confess in the creed saying, Jesus Christ, “. . . Was crucified for us men. . .” in order to declare clearly that our Lord Jesus Christ, through His death upon the Cross, delivered us from the curse of death, sin and Satan.

The Holy Bible teaches that those who believe in and accept the death and the suffering of our Lord Jesus Christ on the cross are delivered from the curse of death, sin and Satan. It is written:

“In him we have redemption through his blood, the forgiveness of our trespasses, according to the riches of his grace.”  (Ephesians 1:7)

“Christ redeemed us from the curse of the law by becoming a curse for us—for it is written, ‘Cursed is everyone who hangs on a tree.” (Galatians 3:13)

Saint Paul in his epistle to Hebrews says:

“ Since, therefore, the children share flesh and blood, he himself likewise shared the same things, so that through death he might destroy the one who has the power of death, that is, the devil, and free those who all their lives were held in slavery by the fear of death.” (Hebrews 2:14-15)

We confess that Jesus Christ has delivered us from the curse of sin; and of fear and death so that humankind can more readily believe in this unique mystery of salvation, the Sacred Scriptures teach it, so that we can be positioned to receive it readily by comparing the Lord Jesus Christ with the first man; Adam.  By nature the head of all mankind is Adam.  It is at once with Him by natural descent from Him, Jesus Christ in Whom the Godhead is united with manhood, in the person of Emmanuel, graciously made of Himself, the new Adam (or the Second Adam) whom He unites to Himself through faith in the womb of the Virgin.  Therefore, as in Adam sin had entered into humankind, and in the Second Adam (Jesus Christ) we are delivered from that curse of sin and death.  His voluntary suffering and subsequent death upon The Cross, for us, being of infinite value and merit shrouded in mystery, as the death of a Sinless Man, God and man in One Person, is both at once a perfect satisfaction to the justice of God, which had condemned us for sin unto death, and it is a fund of infinite merit, which has obtained Him the right, without prejudice to justice, to give to the sinner pardon of our sin and granting grace unto us to have victory over death;

“The mystery that has been hidden throughout the ages and generations but has now been revealed to his saints. To them God chose to make known how great among the Gentiles are the riches of the glory of this mystery, which is Christ in you, the hope of glory.”  (Colossians 1:26-27)

“If, because of the one man’s trespass, death exercised dominion through that one, much more surely will those who receive the abundance of grace and the free gift of righteousness exercise dominion in life through the one man, Jesus Christ.”  (Rom 5:17)

Saint Paul in his epistle to Romans write extensively that we have been made free by the sacrifice of Jesus on the Cross from the law of sin and death. It is written:

“There is therefore now no condemnation for those who are in Christ Jesus. For the law of the Spirit of life in Christ Jesus has set you free from the law of sin and of death. For God has done what the law, weakened by the flesh, could not do: by sending his own Son in the likeness of sinful flesh, and to deal with sin, he condemned sin in the flesh, so that the just requirement of the law might be fulfilled in us, who walk not according to the flesh but according to the Spirit.”

Our Lord’s coming to earth means that He came for the benefit of all humankind.

He had offered Himself for all of humankind, Himself as a pure living sacrifice and did indeed obtain for us grace and salvation.  This benefits only those who will for their parts of their own freewill have fellowship in His sufferings, being made conformable unto His death. It is written:

“Want to know Christ and the power of his resurrection and the sharing of his sufferings by becoming like him in his death,” (Philippians 3:10)

We the faithful sons and daughters of the Holy Apostolic catholic Assyrian Church of the East believe and confess that we participate in the suffering and death of our Lord Jesus Christ by an active faith; through the Holy Sacraments, in which is contained and sealed the total saving sufferings, death and Resurrection of our Lord, through the crucifixion of our human weaknesses with its affections and lusts.  It is written:

“For through the law I died to the law, so that I might live to God. I have been crucified with Christ; and it is no longer I who live, but it is Christ who lives in me. And the life I now live in the flesh I live by faith in the Son of God, who loved me and gave himself for me.” (Galatians 2:19-20)

The Church fathers believe that the Baptized sons and daughters of the Holy Church participate in the death, burial and resurrection of the Lord.  It is written;

In regard to receiving the sacrament of the Holy Eucharist Saint Paul says:

“For as often as you eat this bread and drink the cup, you proclaim the Lord’s death until he comes.” (I Corinthians 11:26)

A faithful son or daughter of the Holy Church can crucify the human weaknesses such as affections, lusts  and all the desires of the flesh by controlling these normal desires before they are out of control; by not being obedient to them, but re-directing these “feelings” to a normal and constructive action.  It is written:

“And those who belong to Christ Jesus have crucified the flesh with its passions and desires.” (Galatians 5:24)

Saint Paul regarding the Crucifixion of the old man says:

“We know that our old self was crucified with him so that the body of sin might be destroyed, and we might no longer be enslaved to sin.” (Romans 6:6)

We hereby suggest, that when anger rises up to revile an enemy by doing harm, we should resist this desire of the flesh for revenge, and look to Jesus; and there to reflect upon Him and His action toward His enemies which He encountered.  Look at the Cross, when He prayed for His enemies, asking The Father to forgive them. It is written:

We do read in the sacred Scriptures that St. Stephen, the first martyr, prayed for the forgiveness of those who were stoning him. It is written:

Assyrian Church of the East