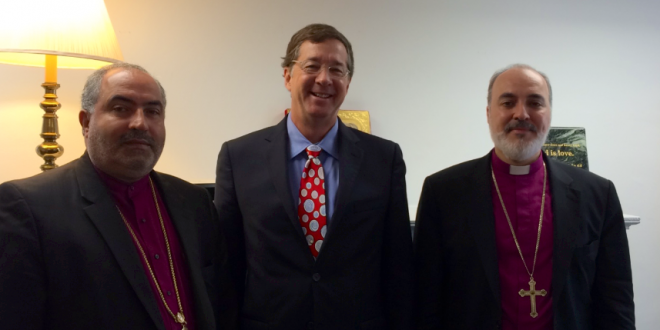 While attending the In Defense of Christians (IDC) Summit in Washington D.C., His Grace Mar Awa Royel, Bishop of California, Secretary of the Holy Synod and President of CIRED, along with His Grace Mar Paulus Benjamin, Bishop of Chicago and the Eastern USA, visited the headquarters of the National Council of the Churches of Christ in the USA (NCC) on Thursday, September 11, 2014 at 11:00 am.

​The two bishops were received by Mr. Jim Winkler, the President and General Secretary of the NCC USA. The purpose of the visit was a courtesy call, and an exchange of information regarding the plight of the Christians in Iraq and the Middle East at large. For their part, the NCC president apprised the bishops of the work of the Council among the various Churches in the US. The NCC just moved into their headquarters on Maryland Avenue in Washington D.C. 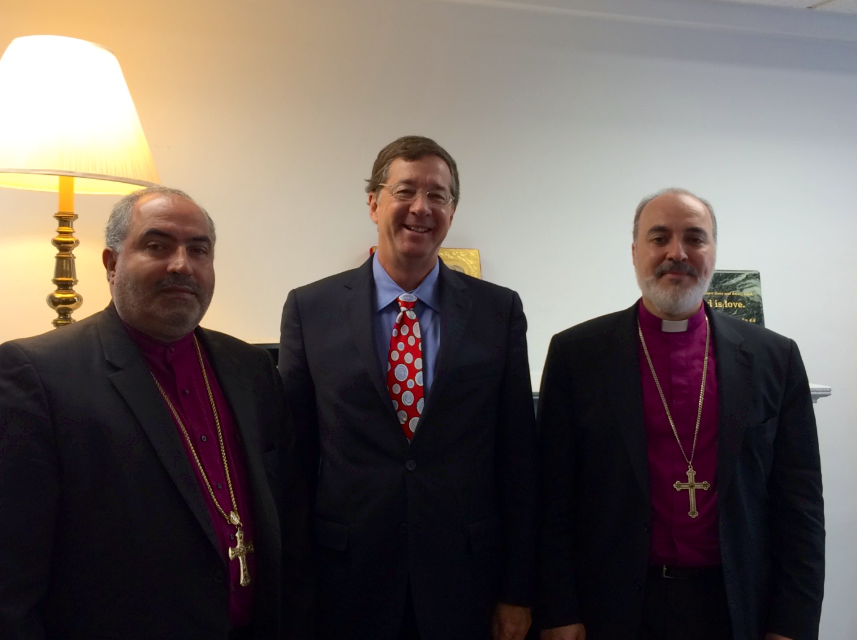