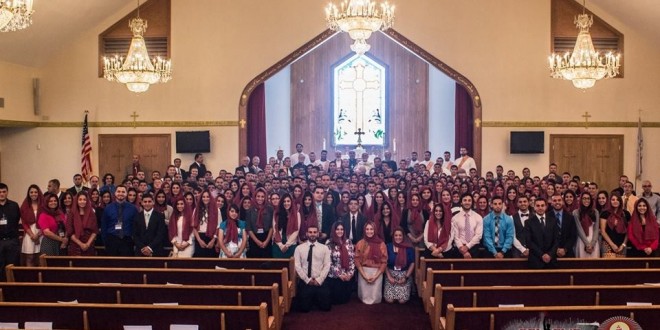 “We Believe In” National Youth Conference 2013

“Remember your Creator in the days of your youth, before the days of trouble come and the years approach when you will say, ‘I find no pleasure in them.’” Ecclesiastes 12: 1

​The Assyrian Church of the East’s 26th National Youth Conference was hosted by the Diocese of California, from the 10th to the 15th of July of 2013. The conference was attended by over two hundred and seventy youth from around the nation, as well as representatives of our Church’s youth from as far as England.

​This year’s theme was “We Believe in…,” symbolizing the Nicene Creed which is recited at nearly every one of our blessed Church’s services. The goal of the theme was to invite the attending youth to reflect on the fundamentals of our faith, especially those items which are currently being challenged and scrutinized by other Christian denominations and non-Christians alike. Session topics chosen for this year’s conference included: ‘Proofs for the Existence of God’, ‘The Apostolicity of the Church’, ‘Moral Issues Facing the Church’ and ‘Mary and the Saints’, presented by a team of highly esteemed and well-versed clergy from our beloved Church from around the nation.

​On Thursday, July 11th, the members of the conference began the day with morning prayers, and divided into groups to participate in their first two sessions. Guest Speaker, Dr. Mark Dickens, of the University of Alberta (Canada), later joined the youth to give a general seminar presentation on “The Church of the East in China and Central Asia.” The youth then had the opportunity to visit Mar Addai Church, the oldest church in California, where evening vespers commenced and a brief history of the parish and slideshow were given by Sh. Rameil Biviyodavid. The day ended with Bible and Church History Trivia Night.

​On Friday, July 12th, the day began with morning prayers, followed by the final two sessions. Friday evening, after vespers, the youth conference was blessed to officially receive His Holiness, Mar Dinkha IV, Catholicos-Patriarch of the Holy Apostolic Catholic Assyrian Church of the East at an official banquet dinner at Larsa Hall. Also in attendance of the dinner banquet were His Grace Mar Aprim Khamis, Bishop of the Diocese of Western United States and His Grace Bishop Mar Sargis. There, His Holiness addressed the youth with his fatherly advice, emphasizing their role as the future of the Church, and warning them of the challenges our Church, and especially Her Youth, face in the various countries of the Diaspora. The evening was also decorated by an array of presentations and performances, including an encouraging and edifying testimony of the life of a modern-day monk at the Mar Iskhaq of Nineveh Monastery by Rabban Emmanuel Benjamin, along with his own address to the attending youth.

​On Saturday, July 13th, after morning prayers, the youth spent the entire day enjoying themselves, as well as the accompanying priests, on an outing to Six Flags: Discovery Kingdom in Vallejo, California. On this outing, the youth had the opportunity to socialize and strengthen their bonds of friendship, making fond memories while enjoying the rides and spectacular animal shows.

​On Sunday, July 14th, His Holiness celebrated the Holy Eucharist (Qurbana Qadisha) at Mar Zaia Cathedral, in Modesto. The attendees of the youth conference were also blessed to be able to have breakfast with His Holiness, where he bestowed upon each youth member a medallion for attending this year’s conference. The conference program came to an end after spending the rest of the day at a special picnic organized for the youth, which featured sporting activities, our traditional Assyrian folk music and dancing, as well as a delicious barbeque and refreshments to stay cool.

​We pray that the program of this year’s youth conference will serve its purpose in strengthening our youth in the understanding of the fundamentals of our particular Eastern-Christian faith so that they can defend that precious pearl and share it with the world as our ancestors have done with great effort and sacrifice. We look forward to coming together for next year’s conference, which will be hosted by the Diocese of the Eastern United States. 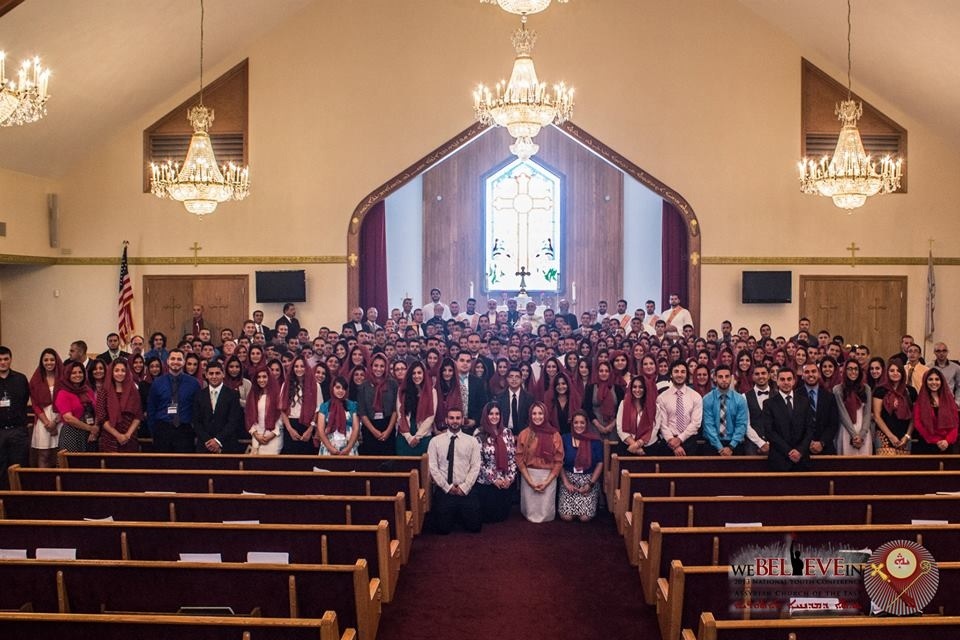 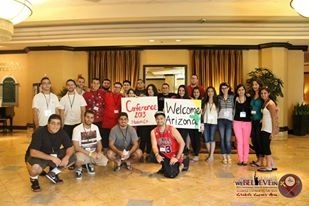 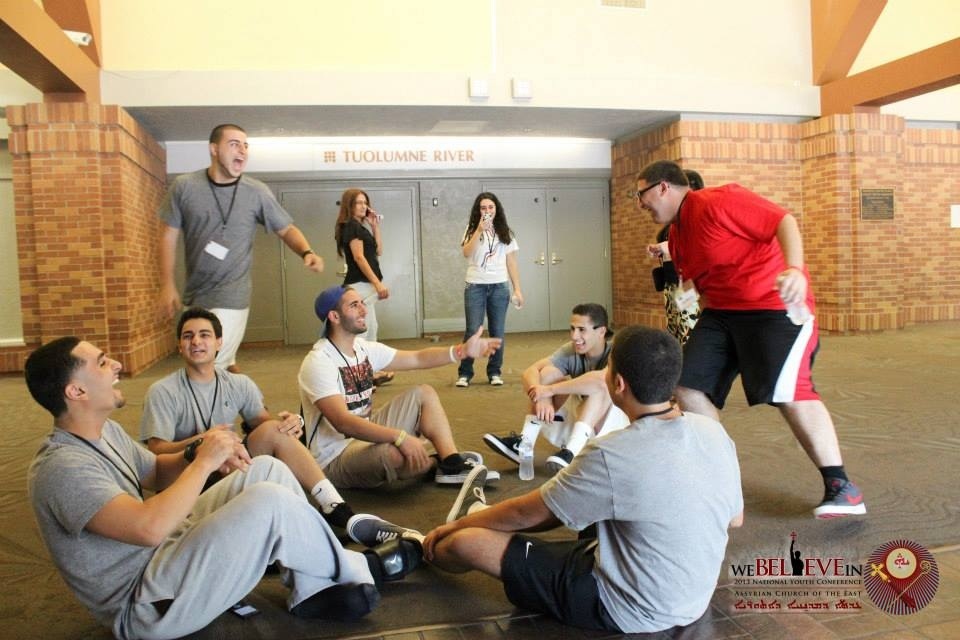 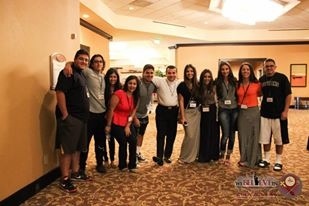 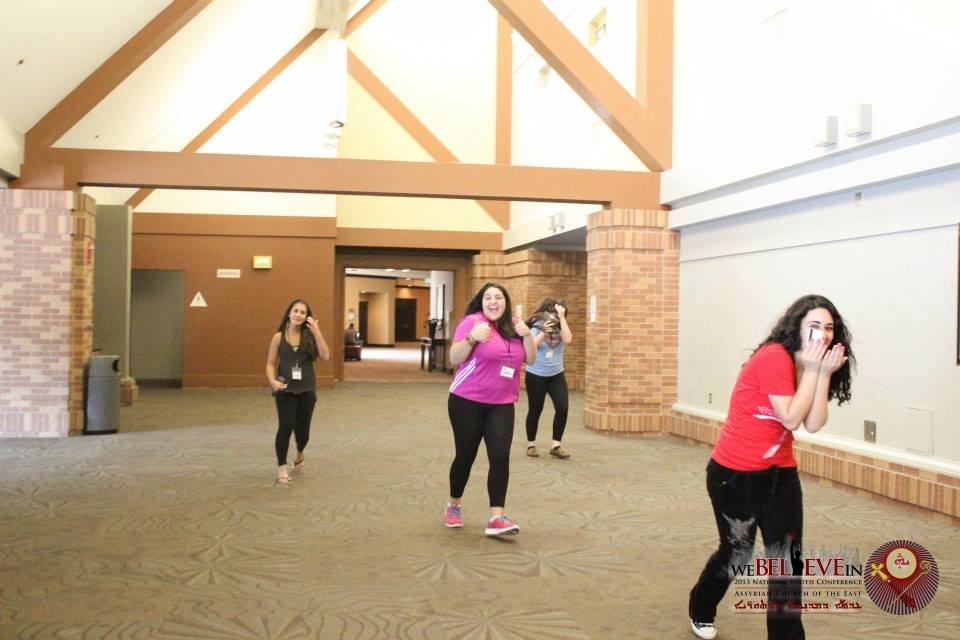 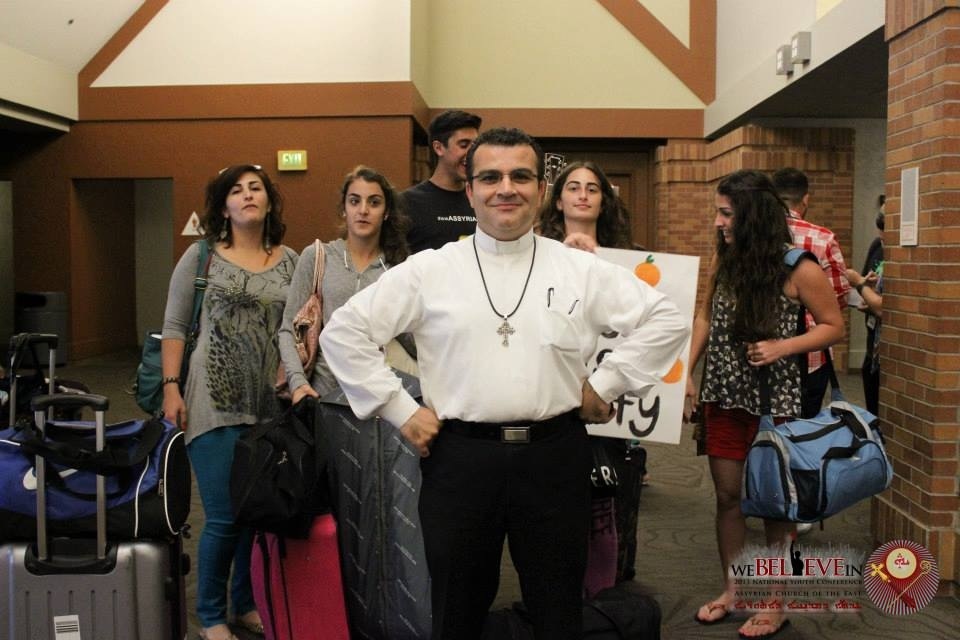 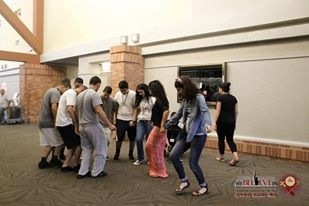