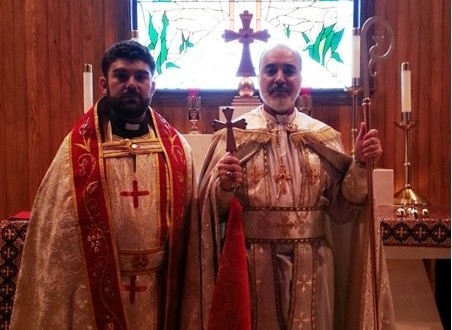 On the Fourth Sunday of Summer, 28 July 2013, His Grace Mar Awa Royel, Bishop of the Diocese of California, formally and publicly received the Rev’d Qashisha Ephraim Ashur Alkhas into the Assyrian Church of the East for the Diocese of California. The reception by clerical confession of faith, oath of obedience and vesting was given and completed before the witness of the clergy and faithful at Mar Zaia Cathedral in Modesto, California.

​On 14 July, Fr. Ephraim was officially but privately received into the Assyrian Church as a priest of the Diocese of California. He was received from the Diocese of Los Angeles of the North American Archdiocese of the Greek Orthodox Patriarchate of Antioch (الروم الأرثوذكس).

​Fr. Ephraim grew up in Saint Mary’s Assyrian Church of the East in North Hollywood, later Tarzana. Here he was baptized by Qashisha Barkho Oshana. During his teenage years he enjoyed participating in the daily services at St Mary’s. He learned to love the Church and her services through the Very Rev’d Cor-Bishop George Bet-Rasho and Rev. Deacon Dan Daniel, his close lifetime mentor and friend. He was tonsured and ordained a Reader by His Holiness Mar Dinkha IV, Catholicos-Patriarch, at the new St. Mary’s church in Tarzana, California, in the Summer of 2001. After completing high school and receiving his B.A. degree in Spanish Literature, he continued his studies at Saint Vladimir’s Orthodox Theological Seminary where he completed his MDiv in 2010. He was ordained to the Holy Priesthood on 28 June 2009, having been a deacon since 2008.

​He and his wife Elaine live in Modesto, with their daughters Shoshanna and Elishwa. Fr. Ephraim will serve the Diocese as an assistant priest and serve full time in the offices of CIRED (Commission on Inter-Church Relations and Education Development), and will be continuing his graduate-level studies at the Graduate Theological Union, Berkeley, California. 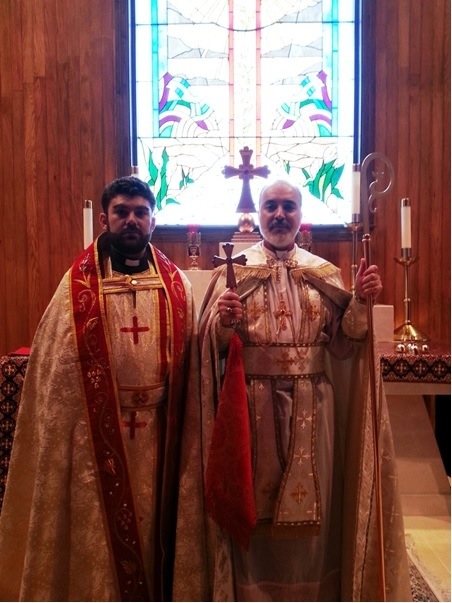